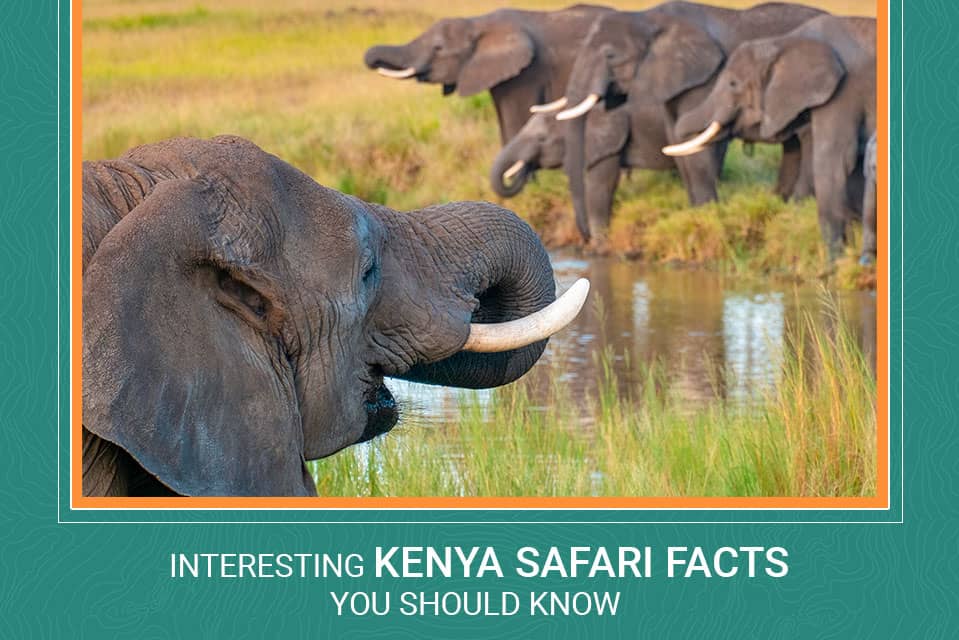 Kenya’s high concentration of remarkable wildlife and dedicated conservation efforts have proven fortuitous for its status as one of the leading safari destinations in the world. Even its urban centre, Nairobi, has wildlife reserves including Nairobi National Park and Giraffe Manor, a small hotel which is home to the endangered giraffe species, the Rothchild’s giraffe.

Kenya has a deep-rooted history with safaris – let’s find out more about this history and other interesting facts about Kenya.

1. Kenya safaris have existed since the 14th century 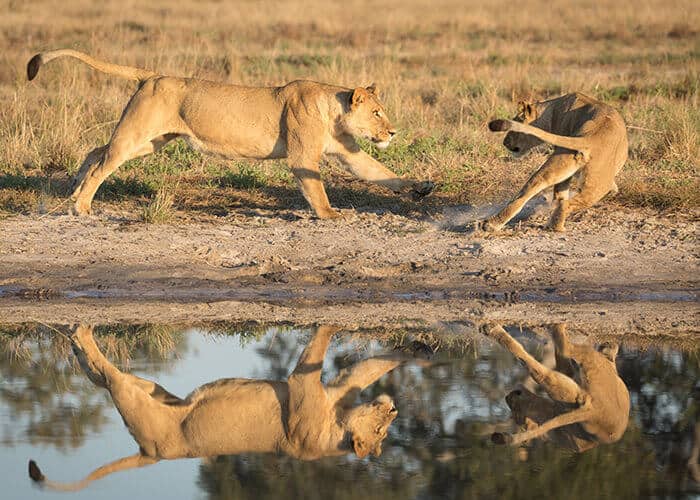 In the 14th century, Arabs used the East African trading route to facilitate their trades. Although these journeys weren’t focused on the region’s wildlife, they were known as safaris, for the word ‘safar’ loosely translates to ‘travel or journey’. It took the Arabs months of planning before they headed out on these trade safaris.

Hundreds of years down the line, people from all over the world, especially from European countries, started planning safari trips to Kenya and other African safari destinations. Some wanted to escape the harsh winters, while others were more interested in the region’s wildlife. It gave new meaning to the word safari and over the years led to the development of the safari industry as we know it today.

2. Kenya has been the world’s leading safari destination since 2015 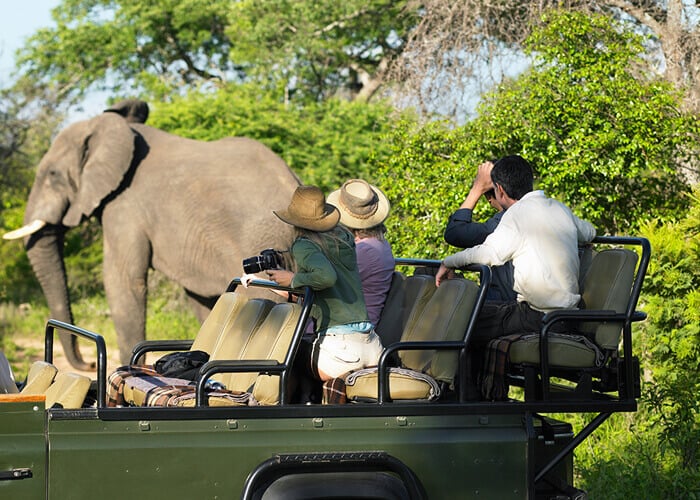 According to the World Travel Awards, Kenya has been the world’s leading safari destination since 2015. It won the prestigious award by beating other premiere destinations such as Tanzania, Botswana, South Africa, and Zambia.

National parks and wildlife reserves all over the world were created to protect the depleting wildlife against natural risk factors and hunting. In 1977, the Kenyan government published a legal notice in the Kenya Gazette and enforced a strict ban on all forms of hunting. The punishment of hunting or poaching involves paying a steep fine and/or jail time.

4. Kenya has over 25 national parks, 18 national reserves and 6 marine parks/reserves 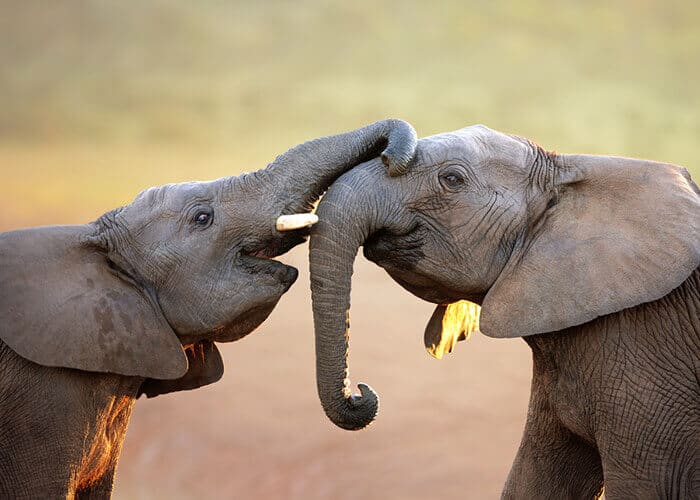 Samburu National Reserve and Buffalo Springs National Reserve, located on the opposite sides of the banks of River Ewaso Ng’iro, host over 300 species of birds. Both destinations are also home to Africa’s three big cats: lion, leopard and cheetah.

Mombasa Marine National Park and Reserve, one of the six marine reserves in Kenya, offers visitors the chance to experience water activities, such as water skiing and windsurfing as well as exploring marine life on dives and snorkeling trips.

Be inspired by our range of amazing Kenya safaris from our very best safari travel partners. 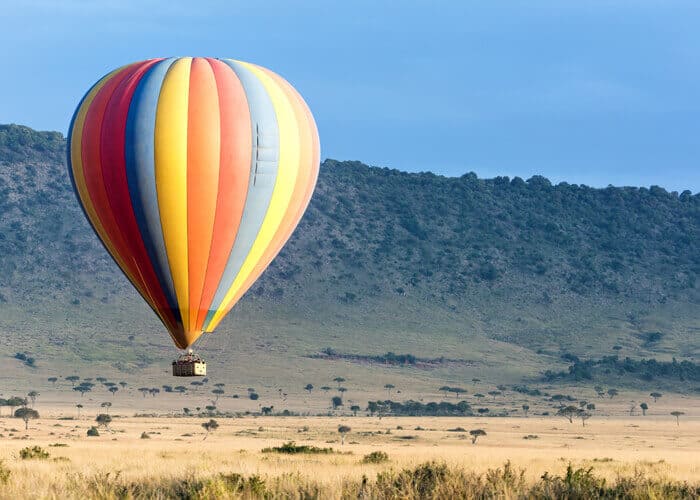 While traditional game drives and African bush walks offer visitors an up-close view of Kenya’s wildlife, a hot-air balloon safari offers a new perspective, and the Masai Mara is one of a few African safari destinations that offer this unique experience.

Recommended safari: Face-off with Africa’s Big 5 in the Masai Mara

6. Mount Kenya is the second highest mountain in Africa 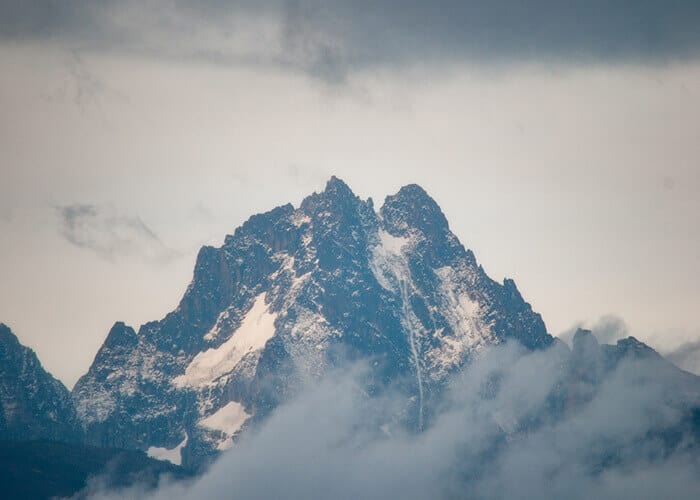 At 5,199 meters Mount Kenya is the second highest mountain in Africa (the highest is Mount Kilimanjaro over the border in Tanzania) and the highest mountain in Kenya. Mount Kenya is an extinct stratovolcano that was active during the Plio-Pleistocene period, during which Mount Kenya was covered with ice caps and reportedly higher than Mount Kilimanjaro. However, the ice caps eroded their peaks, leading to their current height. 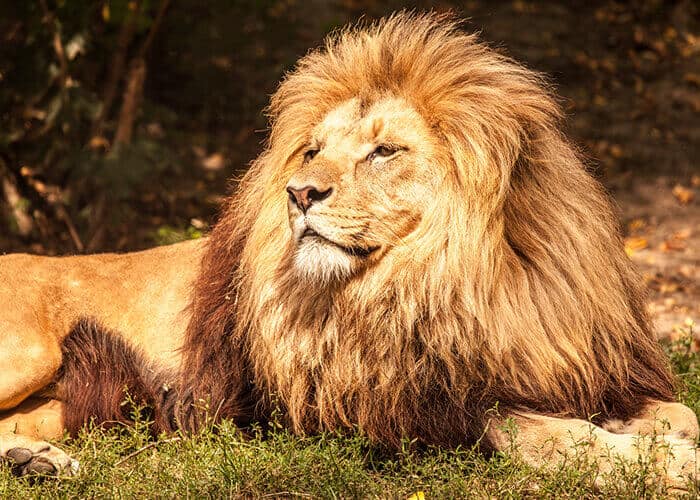 One of Africa’s big five, the African lion, is Kenya’s national animal. Masai Mara National Reserve is one of the ideal destinations to spot these majestic creatures in the wild. Since Masai Mara hosts the annual wildebeest migration, visitors may also have the opportunity to witness nature in action as lion stalk and capture their prey. 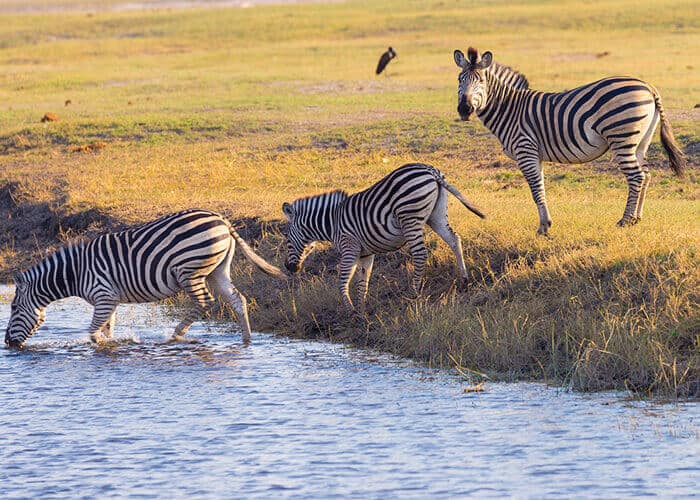 Lake Turkana is one of the Kenyan Rift Valley lakes located in northern Kenya. It is the world’s largest permanent desert lake and the fourth-largest salt lake in the world by volume. Visitors can spot zebras, giraffes, and gazelles grazing over the dry grasslands surrounding the lake. It is also a great spot for bird watching. 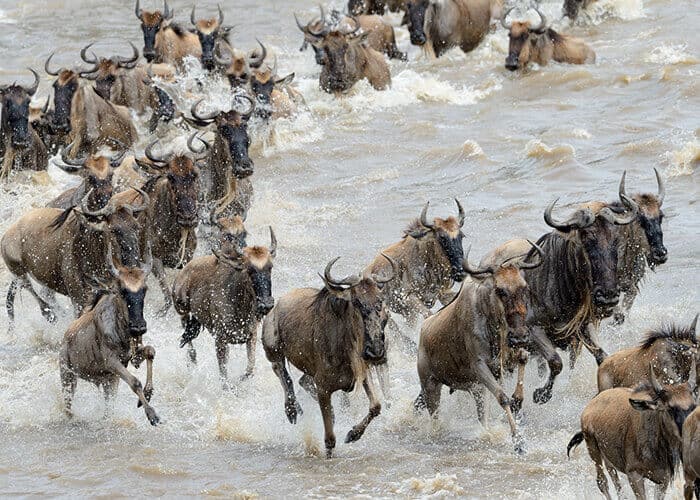 Kenya and Tanzania are known for the annual wildebeest migration, which sees over 2 million wildebeest on their annual migration as they look for fresh pastures in order to survive. Their journey is a continuous cycle, which takes them from Kenya’s Masai Mara to Tanzania’s Serengeti, two of Africa’s iconic safari destinations.

During this journey, the wildebeest, along with herds of gazelles and zebras, have to survive the crocodile-filled waters and the land predators lying in wait. Over the course of this journey, many wildebeests, zebras and antelopes are lost to predators but equally many make the journey and give birth to young, the next generation of migrating animals. 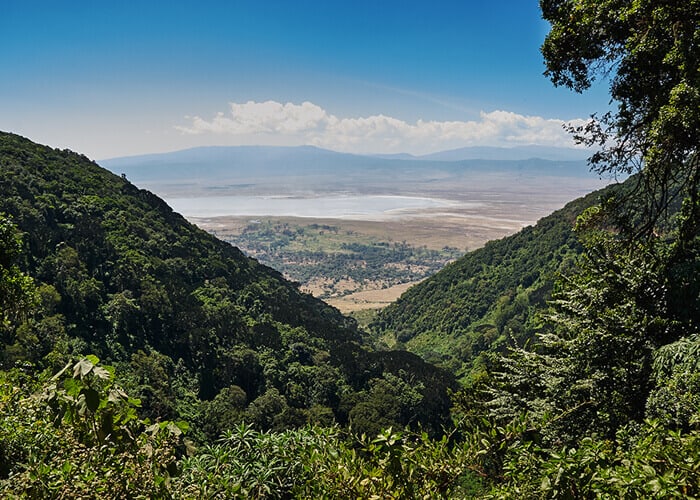 The East African Rift Valley, which begins in Ethiopia and runs through East Africa including Kenya, down to Mozambique, was formed over 20 million years ago as a result of geological tension in the earth’s crust. The resulting valley has led to the formation of many habitats, including the Great Rift Valley lakes, which in Kenya include Lake Baringo, Lake Bogoria, Lake Naivasha, Lake Nakuru and Lake Turkana.

These Kenyan safari facts give us a fascinating insight into Kenya’s long-standing history with natural and wildlife wonders found in its spectacular national parks and reserves. As well as these attractions, Kenya is also well-known for its beaches, especially Mombasa and Diani beaches, where visitors can spend days relaxing and taking in the beautiful coastline after a thrilling safari experience.