One of Africa’s renowned natural events, the Great Wildebeest Migration has earned the title of the ‘Greatest Show on Earth’. The wildebeest’s annual circular journey in search of green pastures from Tanzania’s Serengeti Plains to Kenya’s Masai Mara region is both fraught with challenges as well as the wonder of the birthing season. World-renowned photographers have captured this migration on camera while films of the migration illustrate the sheer power of these large herds as they move in the direction of Mara and back towards Serengeti.

Why Do The Herds Migrate?

Almost two million wildebeest, herds of zebras and antelope species such as gazelles, impala and topi follow the rainfall, searching for food, which for them is the lush vegetation that occurs after the rainfall. These herd animals also need to consume large amounts of water daily and can be spotted at water sources on their migration path.

The sole purpose of their journey is to find greener pastures and water sources. Once they exhaust the grazing in the region, they are forced to move onwards and continue the annual migration cycle.

The Great Migration Timeline Through The Months

The wildebeest herds have to cross both of these rivers twice.

Survival Of the Fittest

Around 400,000-500,000 wildebeest calves are born during the calving season, but how many are lost in this journey?

The Great Wildebeest Migration may be one of the greatest spectacles in Tanzania and Kenya, but it takes a heavy toll on the herds. Of the nearly 2 million wildebeest, an estimated 250,000 are lost together with around 30,000 zebras.

The majority are lost at the river crossings, where only the fittest survive. The crocodiles aren’t the only threat; the panic and commotion created results in drownings while even once the herds make it across the river, they have to face the challenge of predators. This time the battle is on the land, which significantly increases their chances of survival. 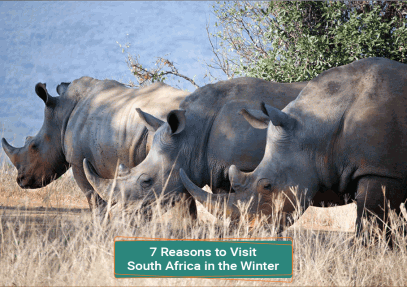