Costa Rica, which means ‘Rich Coast’ in English, is a rainforest-covered country in Central America, home to around 5 million people. The country is known for its flourishing ecotourism industry and has ranked number one on more than one occasion for its incredible sustainability efforts. Almost a quarter of the landscape is covered in protected jungle, teeming with exotic fauna and flora. Costa Rica is a place of dreamy beaches, fiery volcanoes, lush cloud forests and great lakes. With an impressive 28 national parks, this small country should be at the top of the list for all nature-lovers.

Listed numerous times as one of the most beautiful national parks in the world, Manuel Antonio National Park is a must-see when visiting Costa Rica. This tiny park is made up of shimmering beaches, mangrove swamps, verdant forest, majestic mountains and colourful coral reefs. Wildlife in the park includes the howler monkey, white-faced monkey, sloth, paca, anteater, and occasionally ocelots. Reptile species include iguanas, crocodiles and boa constrictors while bird species include toucans, aracaris, parrots, parakeets and hummingbirds. Various exciting activities are available in the park, including snorkeling, scuba diving, swimming and hiking.

Arenal Volcano National Park is home to the most active volcano in the country; Volcano Arenal. Due to recent volcanic activity, the area around the crater is bare and scorched, however, further down the mountain, the rich nutrients from eruptions have allowed vegetation and wildlife to flourish, creating a colourful mosaic of fauna and flora. Arenal National Park is a bird watcher’s paradise with a staggering 850 bird species to be spotted including the country’s most elusive and beautiful bird, the endangered resplendent quetzal. Other wildlife in the park includes white-faced capuchin monkeys, jaguar, deer and coati, as well as snakes such as the fer-de-lance and parrot snake. In this park, activities such as hiking to enjoy the breathtaking surroundings are a must.

One of Costa Rica’s most popular parks, Tortuguero National Park’s remote location has helped to successfully protect its fauna and flora for decades. The area was once an archipelago until sediments from the interior mountains filled in the spaces and formed a network of marshy islands. This incredibly diverse park contains eleven unique habitats for visitors to explore. Mangrove forests, swamps, rainforests, lagoons and beaches are just some of the beautiful areas to be discovered. ‘Tortuguero’ means ‘land of turtles’ in English, as the park is famous for its wide variety of turtle life, which lay their eggs on the beaches. Other fauna in the park include monkeys, jaguars, pumas, ocelots, sloths and manatees. Over 300 species of birds can be spotted in Tortuguero including parrots, parakeets, kingfishers, toucans and spoonbills. A kayaking trip or guided walk or hike are all great ways to explore this spectacular park. 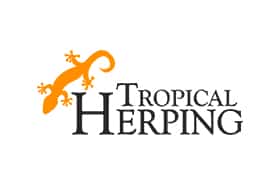 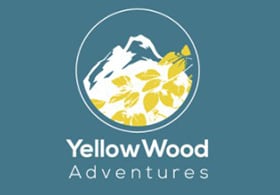