Cameroon, a tropical country located in Central Africa on the Gulf of Guinea, has two distinct seasons: dry and wet season. As the country lies within the tropics, it’s hot throughout the year, with differences according to elevation. December to March is the hottest and driest period of the year and from April to November, it rains throughout the country at varying levels – the amount of rain decreasing from south to north. There are three climatic regions: North, South-central, and the Coast. The north has a semi-arid and hot climate, the south-central plateau has pleasant, less intense temperatures while the coast is hot and humid with the temperatures dropping a little during the wet season.

Cameroon’s climate is tropical, with a dry season and a wet season.

Between December and February the harmattan often blows. This is a wind coming southwards from the Sahara desert carrying sand and dust, reducing visibility and making the skies foggy.

Climate in Cameroon by Regions

Northern Cameroon experiences a semi-arid and hot climate. It is one of the warmest regions of Cameroon, with average daily temperatures of 35C. Here, the wettest months are June to September, although annual precipitation is low. Maroua, the capital city of Cameroon’s far north region, experiences around 760mm of rainfall throughout the year. During these months, humidity can be high. The rest of the year, November to March, is dry and hot, with the warmest months March to May.

The rainy season is longer on the south-central plateau, from March to November, with a short dry period in July and August. There are lighter rains between March and June and more intense rains between September and October. In this region, the rainfall pattern varies based on the altitude. In Ngaoundere, located 1,100 meters above sea level, the rainy season starts in April, and the rainfall gradually increases until it tapers off in September-October. In Yaounde, located 700 meters above sea level, the rains start earlier in March and spikes in two months – May and October. In the south-central plateau area, the months of July and August are the short dry season while the long dry season is from December to February. The warmest months are March to May. The lowest average temperature in Cameroon of 21C is in the plateau region.

Both Doula and Kribi experience occasional showers during the dry months that affect the sunshine hours. The skies are often cloudy, with only 5-6 hours of sunshine during the dry season. Mount Cameroon, an active volcano, is located near the Coast. The top of the volcano is cold year-round, while the slopes below 2,500 meters experience a lot of rainfall. 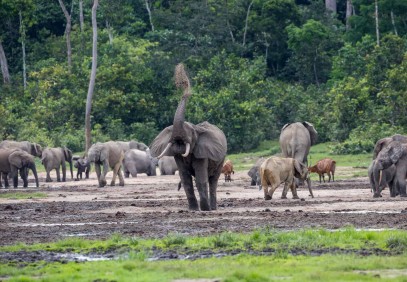 This Cameroon and Central Africa safari is a superb combination of wildlife in Ndzanga National Park... 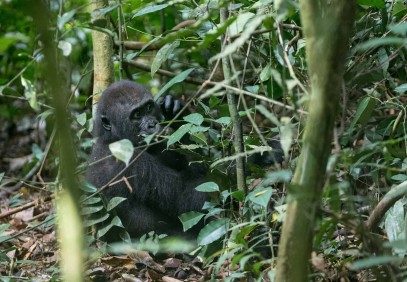 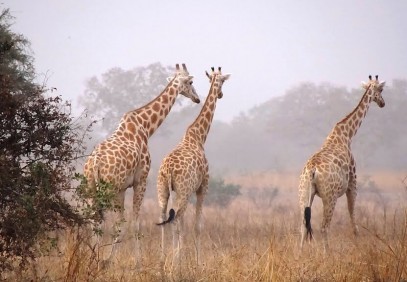 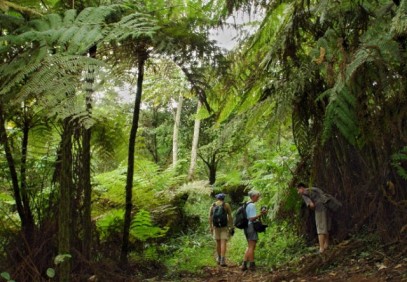 Immerse yourselves in an incredible natural reserve and meet the local people on this fascinating safari....