Ecuador is a treasure trove of safari destinations, from the Andean Highlands covering the central regions to the Amazon Forest along its Peruvian border. Its diverse topography includes some of the highest volcanoes, sparkling crater lakes, soggy mangroves, lush forests, and warm beaches. The climate of Ecuador, therefore, varies based on its regions. In general, when the El Niño and La Niña aren’t interfering with Ecuador’s climates, it has steady climate patterns throughout the country.

This table shows generalised data of climate throughout Ecuador.

Ecuador’s climate is affected by El Niño and La Niña. These two are the climate patterns in the Pacific Ocean known to affect weather patterns throughout the world. In Ecuador, during the year of El Niño, water and air temperatures rise by a few degrees. The coastal regions experience heavy rainfall between December to May. The rains may also result in floods. Furthermore, the sea level rises by 1 inch, increasing the risk of flooding.

In contrast to El Niño, during the years of La Niña, the air and water temperature cools, and rainfall decreases. These patterns occur at irregular intervals of two to seven years, lasting for nine months to two years.

Climate in Ecuador by Regions

Northwest Ecuador and The Amazon Forest

Ecuador’s northern coast has mangroves and forests. Similarly, the regions bordering Peru are mostly Amazon Forest. These forests experience persistent rainfall with a hot and humid climate throughout the year. The rainfalls usually occur in the afternoons, in the form of either heavy showers or thunderstorms. This equatorial climate is shared by both the northwest region and the Amazon Forest. The northwest experiences a decreasing rainfall from August to November, whereas for the Amazon, it is from November to March.

In Santa Elena on the southern coast, the rainfall lasts from January to April. The weather is much warmer, so visitors prefer to frequent beaches during these months. And the months of June to November have colder temperatures.

The weather on the north coast is hot throughout the year. It also experiences rainfall and thunderstorms all year round. January to June are the wettest months for the north coast regions such as Esmeraldas.

The central coast also experiences heat throughout the year, but the severity lessens in winter and spring. It doesn’t have much rainfall, but the sky is often cloudy, even when it isn’t raining.

The central region of Ecuador is covered by the Andes, which is the longest continental mountain range in the world. It forms a continuous highland on the western edge of South America. The Andes in Ecuador is divided into two mountain ranges – Cordillera Occidental and the Cordillera Real. These mountain ranges have several volcanoes such as Chimborazo, Cotopaxi, and Cayambe.

Quito, the capital of Ecuador, experiences mild temperatures throughout the year. Quito also experiences heavy rainfall from October to May. However, July to August has low rainfall, making it an ideal time to visit the city.

The temperatures fall with increasing altitude. The regions with higher altitudes experience freezing temperatures and lower rainfalls. The western slopes of the Andes rarely see sunshine, even between July to December, which is the driest season.

Located in the Pacific Ocean, west of Ecuador, the Galápagos Islands experience a semi-arid and tropical climate. The monsoon falls between January and May and it’s hot. The rainy season sees more sunshine than the dry season. It is also ideal for swimming as the sea temperatures are pleasantly warm.

In contrast, July to November experience cool, dry, and misty seasons with overcast skies. The cool season is also known as Garúa.

The largest islands in the highlands experience plenty of rainfall. Despite its proximity to the Equator, Galápagos has surprisingly cooler temperatures brought about by the Humboldt Current. 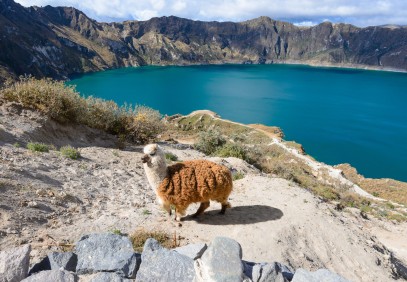 Discover the fascinating culture and nature of Ecuador with a wealth of experiences. Stroll around the... 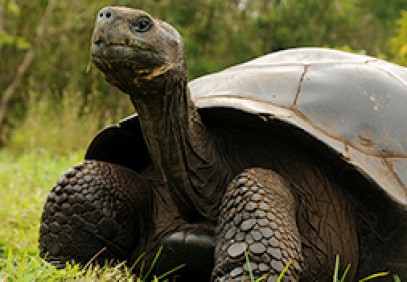 Enjoy this adventure of a lifetime by discovering the Galapagos Islands off the beaten track. Camp in... 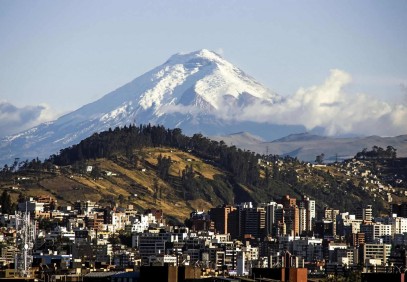 This Ecuador and Galapagos complete tour will show you all the highlights of this remarkably diverse... 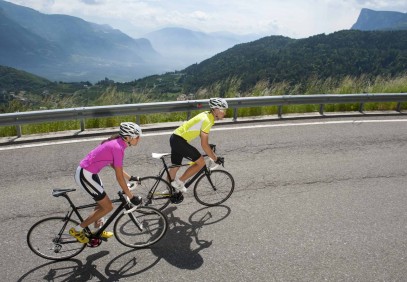 The Grand Tour, Ecuadorian style. Are you up for a challenge? Imagine hitting varying terrain of smooth... 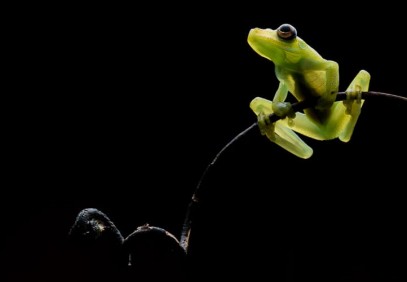 This remarkable tour in Ecuador is perfect if you want to photograph 100 species of amphibians and reptiles... 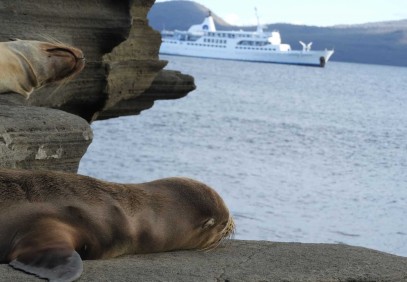 This safari is ideal for those who want to experience the Galapagos in a more luxurious way, exploring... 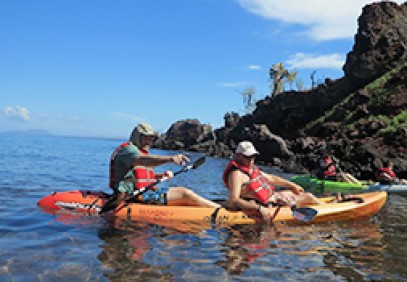 This 5-day Island Hopping program is the perfect affordable option to spot the extraordinary wildlife... 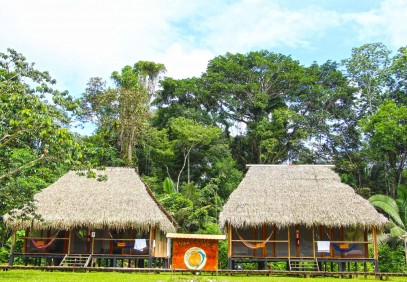 On this safari discover the beautiful Amazon in Cuyabeno Wildlife Reserve, named after the Cuyabeno River.... 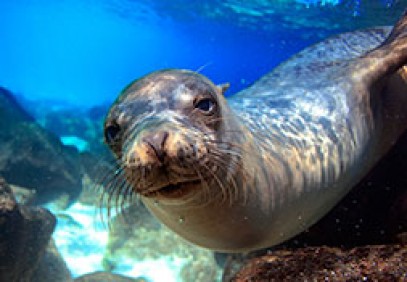 Discover the enchanted Galapagos Islands on this island-hopping adventure. Snorkel through lava formations... 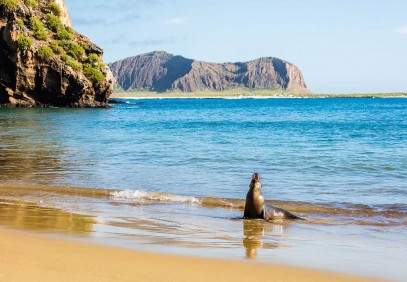 On this luxury safari, visit some of the most beautiful highlights of the Galapagos Archipelago: Kicker...