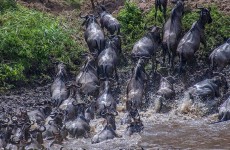 You have chosen a fantastic safari! Please fill in the form below to send an enquiry directly to 'Tanzania Exclusive Journeys' Let us know how you get on by signing up and leaving a review. 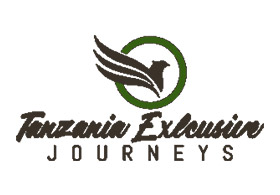 Serengeti Wildebeest Migration is a display of natural wonders with over two million wildebeests, zebras, and antelope traveling over 450 miles across the plain to ensure their survival, unaware that there’s danger presented by the stalking lions and cheetahs among other predators of the wildlife. Witness huge crocodiles of the Mara River as they wait for the herbivorous to cross the swollen Mara river and enter into Masai Mara Game Reserve from Serengeti National Park. The wildebeest migration river crossing in August moves north, passing through the Lobo area (north of Central Serengeti National Park) and the Wagakuria area (remote northern Serengeti National Park along the Mara River) en-route to Kenya’s Masai Mara Game Reserve. 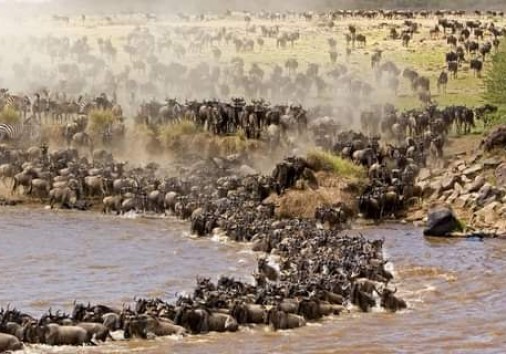 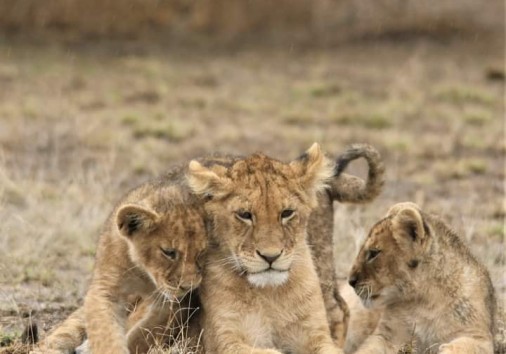 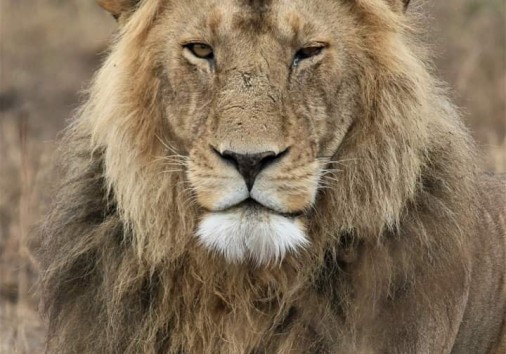 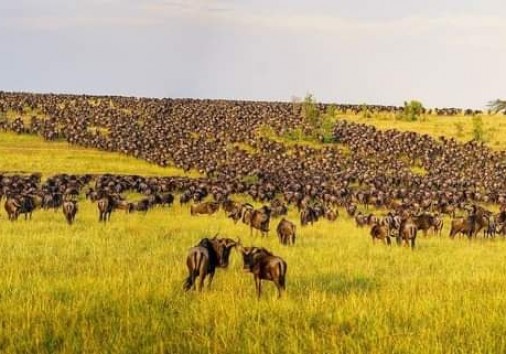 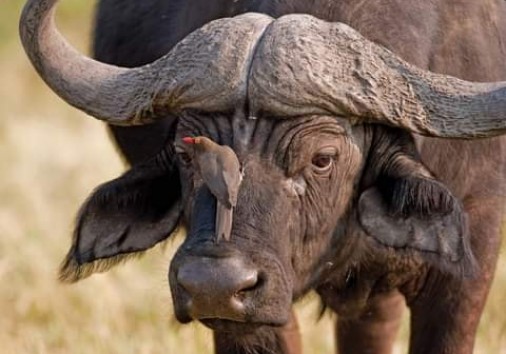 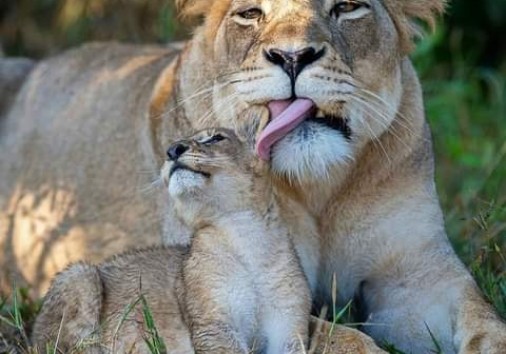 In Serengeti North river crossings occur at Kogatende, starting in August as the mega herd settles into the area. Between August and October, game viewing is at its best with river crossings pretty much guaranteed every day. There is no distinct movement as the herds tend to cross back and forth over the river, following the rains and subsequent fresh grasses.

On arrival at Kilimanjaro International Airport our guide will meet you and facilitate the transfer to your hotel.

After breakfast, transfer to Arusha airstrip for your flight to Serengeti North which will depart around 7am and arrive at 10am for a game drive. Serengeti National Park with its incredible wildlife and stunning views is famed for the annual migration of over 1.5 million wildebeest and hundred thousands of zebras, a frenzied bout of territorial conquests and mating happening from July-October. Witness an actual survival of the fittest as these animals plunge through crocodile-infested waters. The wildebeest produce more than 8,000 calves daily before the 1,000 km (600 mile) pilgrimage begins again.

After breakfast, we depart for Serengeti North for a game drive viewing the great migration. River crossings at Kogatende starts in August as the mega herd settles into the area. Between August- October, game viewing is at its best with river crossings pretty much guaranteed every day. There is no distinct movement as the herds tend to cross back and forth over the river, following the rains and subsequent fresh grasses.

After breakfast, we will proceed for a full day game drive viewing the great migration in the Mara area. Resident wildlife numbers are exceptionally high in the Wagakuria area. The key feature is the Mara River and there is a great chance to see the herds cross the Mara River to the north on one day and back south a few days later. Please note that it can be very difficult to witness crossing and is a matter of luck. A herd can be seen next to river and only decide to cross a couple of days later. This area is a stunning region with kopjes, woodland, riverine vegetation and open plains, similar to Kenya’s Masai Mara Game Reserve.

After breakfast at the camp, we drive to Serengeti central in Tanzania’s oldest and most popular national park and World Heritage site. The Serengeti is famed for its annual migration, when some six million hooves pound the open plains, as more than 200,000 zebra and 300,000 Thomson’s gazelle join the wildebeest’s trek for fresh grazing. Yet even when the migration is quiet, the Serengeti offers an amazing game-viewing in Africa: great herds of buffalo, smaller groups of elephant and giraffe, and thousands of eland, topi, kongoni, impala and Grant’s gazelle.

After breakfast, we will have a full day game drive in Central Serengeti. Apart from the large mammals, Serengeti is also home to gaudy agama lizards while rock hyraxes scuffle around the surfaces of the park’s isolated granite koppies. Wide varieties of dung beetle are found and around 500 bird species have been recoded ranging from the outsized ostrich and bizarre secretary bird of the open grassland, to the black eagles that soar effortlessly above the Lobo Hills.

Today is another full day game drive in Serengeti National Park, known for its healthy population of resident wildlife, particularly the “big five”, named for the five most prized trophies taken by hunters in the past.

Lion: the Serengeti is believed to hold the largest population of lions in Africa due in part to the abundance of prey species. More than 3,000 lions live in this ecosystem.

African Leopard: these reclusive predators are commonly seen in the Seronera region but are present throughout the national park with the population of around 1,000.

African Elephant: the herds are recovering from population lows in the 1980s caused by poaching and are largely located in the northern regions of the park.

African Buffalo: considered by many to be the most dangerous of the big five, reportedly causing the most hunter deaths, with wounded animals reported to ambush and attack pursuers.

Rhinoceros: this may refer to either black or white rhinoceros. Among big five game hunters, the black rhinoceros is preferred, although it is now critically endangered.

After breakfast, we will have an early morning game drive to Ngorongoro inside the Crater. The Ngorongoro Conservation Area (NCA) is an extensive highland area along the eastern arm of the Rift Valley, with the world-renowned Ngorongoro Crater as its focal point. Ngorongoro was established to conserve wildlife and other natural resources. It also safeguards the interests of indigenous people and promotes tourism.

After breakfast, we head back to Arusha and pass by a shopping market on the way at the Cultural Heritage. After which, we will facilitate your transfer to Kilimanjaro International Airport for your onward flight.

Meals: B,L
Accommodation: Can be arranged at an extra cost 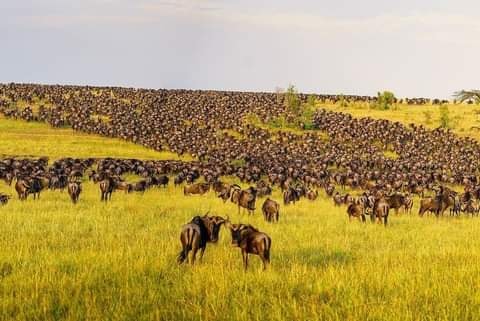 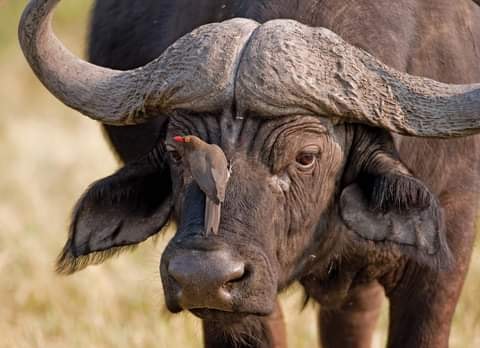 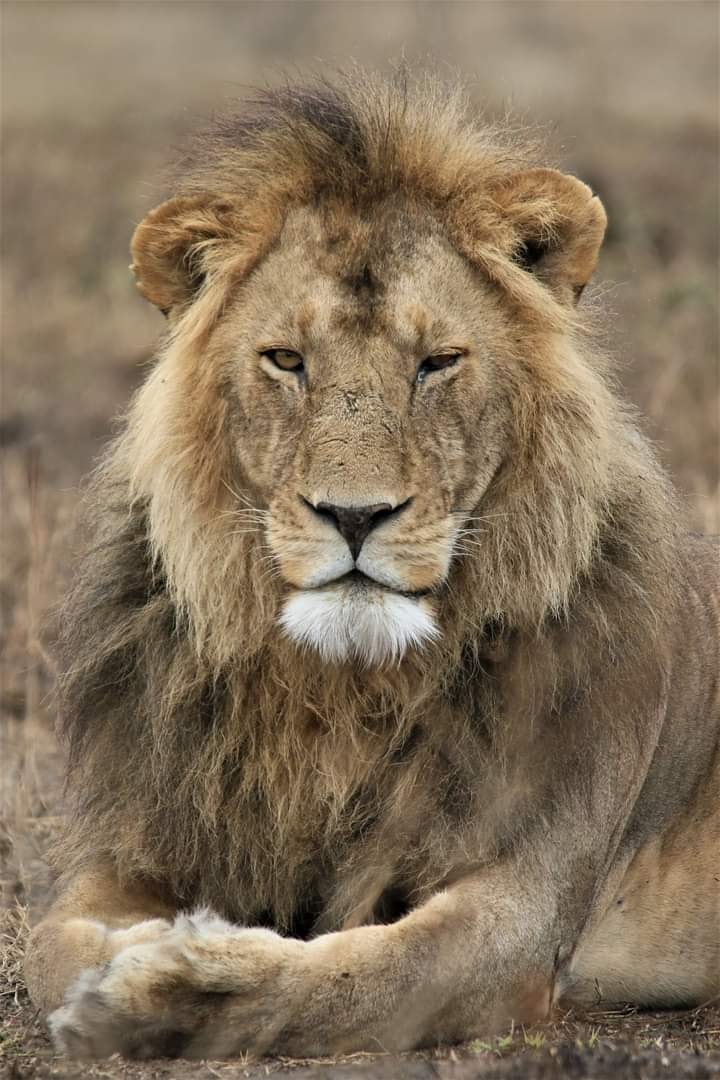 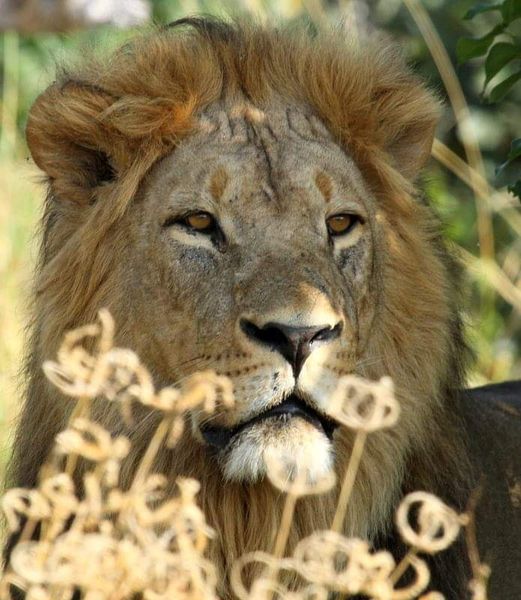 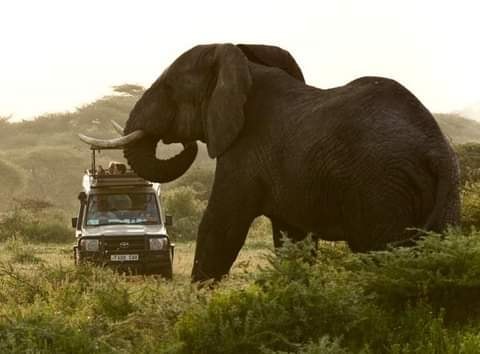 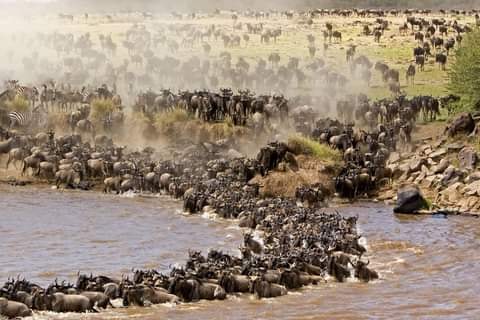 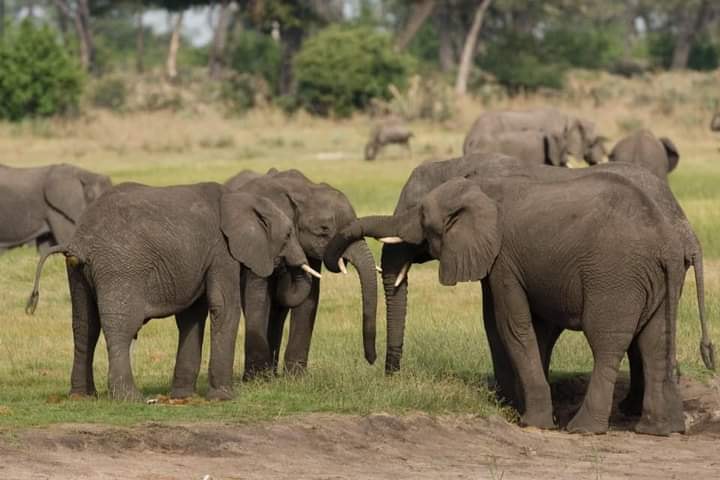 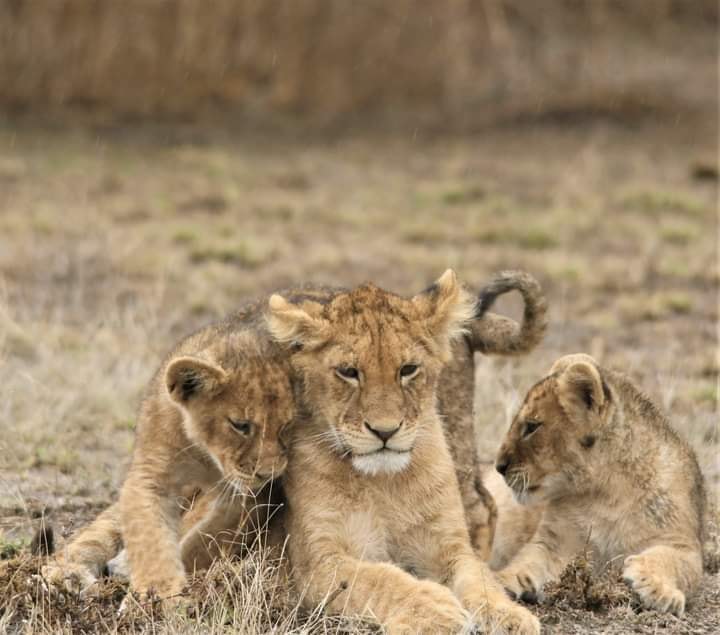 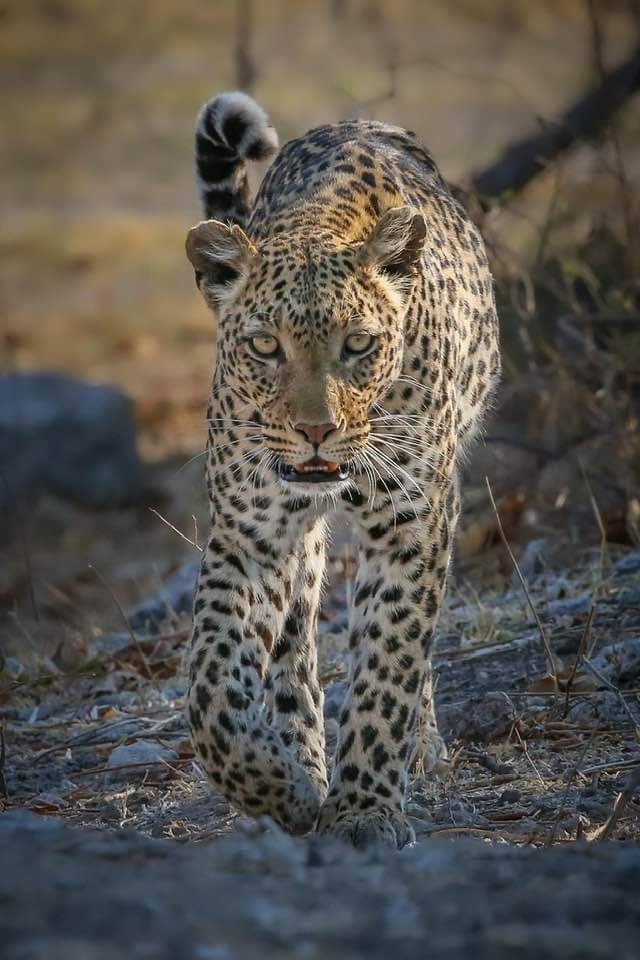 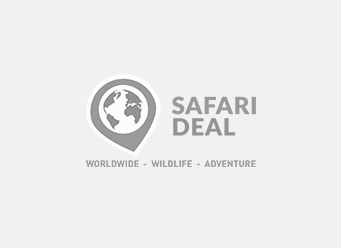 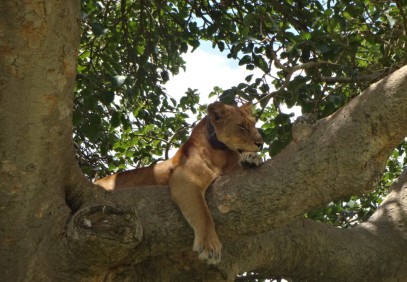 12 Days The Best of Uganda

This safari adventure will take you to Uganda’s famous and most visited national parks. You will start... 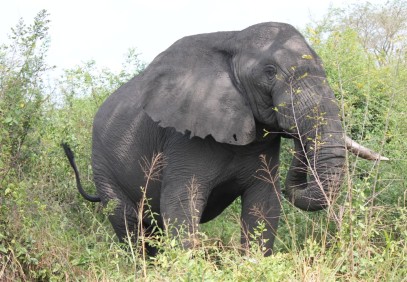 This safari will offer you the best experience in Uganda as it covers all the four major national parks.... 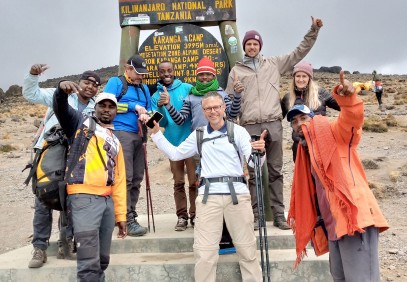 The Machame route, also known as the "Whiskey" route, is the most popular route on Kilimanjaro. Machame’s... 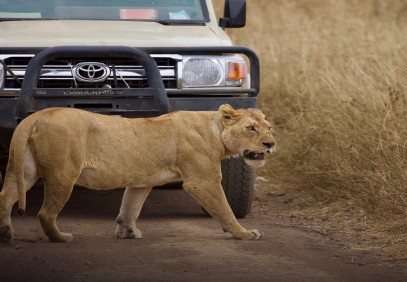 This safari takes you to some of the best national parks in northern Tanzania, taking in Tarangire National... 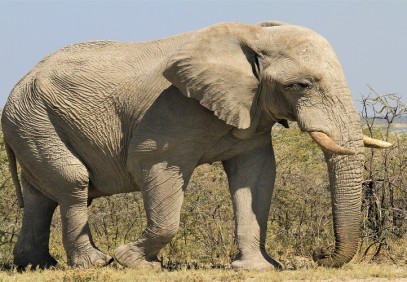 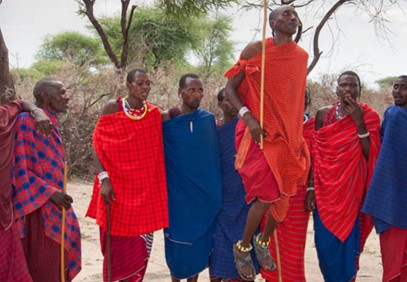 This safari takes you to Tanzania's Tarangire National Park and Ngorongoro Crater in a short amount of... 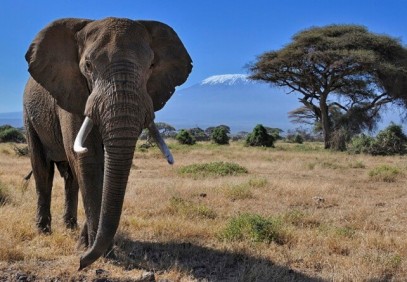 This adventurous Kenya safari starts in Amboseli National Park with its backdrop of the highest standing... 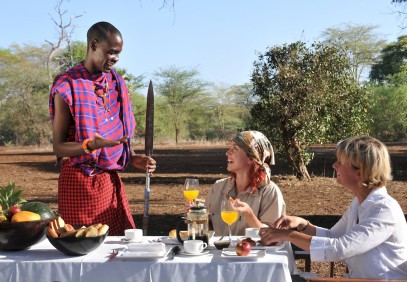 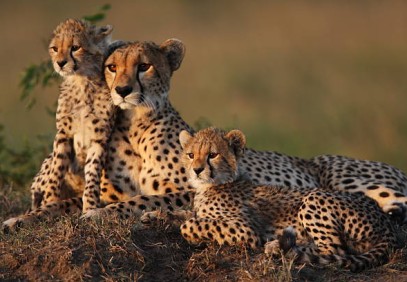 Kenya's Masai Mara offers wildlife in diverse abundance - over 450 species of animals have been recorded... 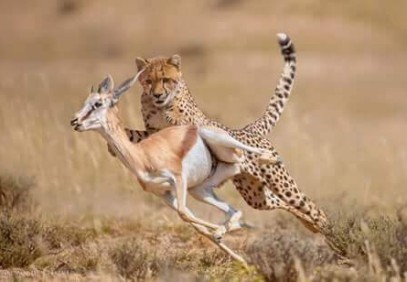 Together with an experienced guide, discover the renowned northern circuit national parks of Tanzania:...