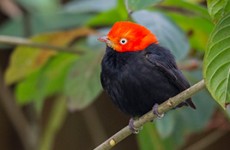 You have chosen a fantastic safari! Please fill in the form below to send an enquiry directly to 'Birding Expeditions' Let us know how you get on by signing up and leaving a review. 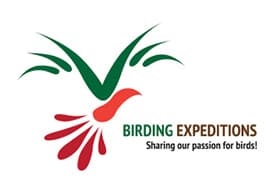 This birding expedition will take you through diverse forest in the center highlands, Pacific coast and lowlands of Guatemala, inhabited by regional endemic and other interesting birds such as Pink- headed Warbler, Horned Guan, Azure-rumped Tanager, Orange-breasted Falcon, Crested Eagle, Ocellated Turkey and Pale-billed Woodpecker, among many others.

From USD 4,525 per person, based on double occupancy

Morning bird watching at Finca El Pilar based 10 minutes from Antigua. Coffee, pine and oaks mostly constitute the plant life within this reserve, in an altitudinal range between 1,710 and 9,500 ft above sea level. One of the significant points of interest in El Pilar farm is that it’s possible to find numerous hummingbird species that reside in the area feeding – a fantastic opportunity for birdwatchers. Other birds you can spot here include Rufous Sabrewing, Green-throated Mountain-Gem, Bushy-crested Jay, Hooded Grosbeak, Elegant Euphonia, Singing Quail, Golden-crowned Warbler, Bar-winged Oriole and more. Lunch break in a local restaurant in Antigua Guatemala before an exciting cultural excursion of Antigua discovering beautiful churches, ruins, galleries and museums, connected by aged stoned paths, together with fascinating stories and tales of the colonial times.

06:00 departure from Antigua Guatemala toward Tecpan area where you have breakfast. On a bird watching tour in Tecpan Reserve you will find interesting endemic species of the north Central American highlands like Pink-headed Warbler, Blue-throated Motmot and Rufous-browed Wren. During migratory (winter) season you will find Townsend’s, Wilson’s, Black-and-White, and Red-faced Warblers together with the resident Slate-throated Redstart, Pink-headed, Crescent-chested and Olive Warbler, as well as Hutton’s Vireo. Midday transfer to Quetzaltenango and birdwatching in the afternoon in the Los Vados area.

Morning birdwatching in the very humid sub-tropical forest at Fuentes Georginas. In addition to being a great birding destination Fuentes Georginas is a hot spring with developed pools. Here we hope to spot Horned Guan, Wine-throated and Garnet-throated Hummingbird, Cinnamon-bellied flower piercing, Mexican_violetear (Former Green_violetear) and Guatemalan Pigmy Owl. After lunch transfer to Los Tarrales Private Reserve and enjoy bird watching around the lodge in the afternoon

Time for coffee then transfer to Vesubio area in the quest of Azure-rumped tanager, Rufous Sabrewing, Emerald-chinned Hummingbird, Tody Motmot, Quails and doves among other species of the highlands. Boxed beakfast here and later lunch followed by an afternoon birding tour around La Laguneta, which offers a good opportunity to find out species such as White-bellied Chachalaca, Yellow-naped Parrot and Rufous-breasted Spinetail, among others. Dinner and lodging at Los Tarrales Reserve.

Time for coffee and transfer to La Rinconada area where it’s possible to find species such as Long-tailed Manakin, Cinnamon Hummingbird, Rufous-naped Wren, among others. Boxed breakfast here. Midday transfer to Lake Atitlan and afternoon bird watching around the lodge.

Morning birdwatching around Lake Atitlan and El Rey Tepepul Park. After breakfast transfer to the airport for a 17:15 flight to Flores. Arrive at 18:00 hrs, meet & greet and transfer to Flores Island for one night of lodging.

07:00 leave from Flores to Paso Caballos for a trip of approximately 3 hrs. The whole road proposes great birding opportunities, where we can watch some birds in open areas, secondary forest and ponds, such as Flycatchers, Hawks, Herons and Kingfishers among others. Arrive in the community of Paso Caballos where we will board a boat to take us through the San Pedro River towards Las Guacamayas Biological Station (aprox. 20 minutes). Birding en route, species such as Herons, Kingfishers, Limpkin, Parrots, Grey-necked Wood-rail, Northern Jacana and many more.

On arrival, you will be received by the EBG staff and they will give an introduction on the activities of the station, solid waste management, research programs, conservation and social projection. Lunch then at 15:00 a birding tour around the base station ending at Las Guacamayas lookout, Enjoy this fascinating birding tour in the Scarlet macaw’s sanctuary and prepare to discover the natural world of more than 260 species of resident birds. With an abundant wildlife such as spider monkeys and howler monkeys (saraguate), occasionally tapirs, crocodiles, and a great variety of birds, among those we can mention the scarlet macaw, toucans, blue herons, parakeets, and many more.

05:00 time for a coffee (breakfast en route) and we board our boat for a birding tour through the archaeological site El Peru, where we will visit the most important nesting area of the Scarlet Macaw (Ara Macaw) in Guatemala as well as other interesting species such as Ocellated Turkey, Bat Falcon, Black-and-White Owl, Ornate Hawk-Eagle, Lovely Cotinga, Rose-throated Tanager, Green-Backed Sparrow. On a night time aquatic excursion explore the stream Sacluc, an experienced guide accompanies us and with the support of a flashlight, our guide illuminates the night time creatures that live here, including the crocodile petenero (Crocodylus moreletii), bats, birds and more. Note: You can spot Scarlet Macaws from February to May.

Early birdwatching tour in Tikal National Park. Tikal is part of the nucleus areas of the Maya Biosphere Reserve, with a high level of conservation activities and research. The monuments, remnants of the ancient Maya culture located in the middle of luscious jungles, are ideal places for bird watching where we will find interesting species such as Ocellated turkey, Orange-breasted Falcon, Yucatan Jay, Black Catbird, Rose-throated Tanager, Great Curassow, White-fronted Parrot; Mealy Parrot, Crested Eagle, Slaty-tailed Trogon, Keel-billed Toucan, Chestnut-colored Woodpecker, Sulphur-bellied Flycatcher, White-bellied Wren, Montezuma Oropendola and many hummingbirds, among others. During migratory season flocks of warblers, tanagers and others makes this destination a fantastic tropical paradise. At midday enjoy an archaeological tour.

Second day in Tikal with birding and an archaeology tour. Afternoon transfer to the airport for an 18:30 local flight from Flores to Guatemala City. Arrive at 19:30, meet & greet at the airport and transfer to your hotel.

Breakfast and transfer to La Aurora International Airport in time to catch your international flight back home. 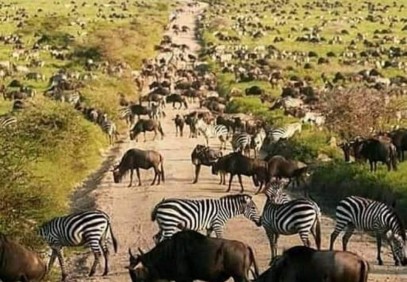 This Tanzania safari offers you the excitement of game viewing in some of the most spectacular national... 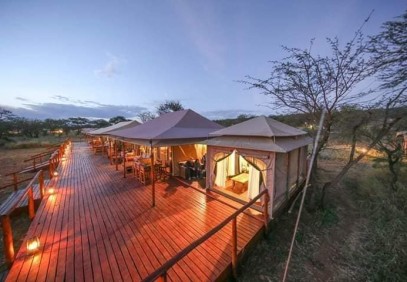 This Tanzania safari is designed to offer you a total northern circuit safari experience. Visit Lake... 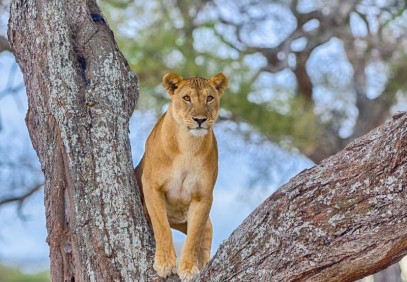 This 3-day lodge safari is a great way to experience some of Tanzania’s amazing wildlife within a short... 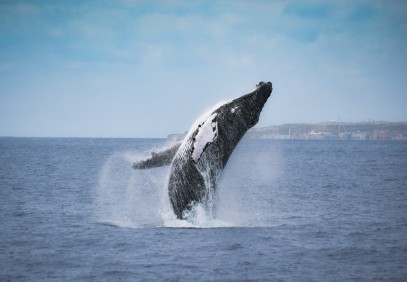 This 5-day safari is for those who want to observe and get to know more about the ocean's giants! The... 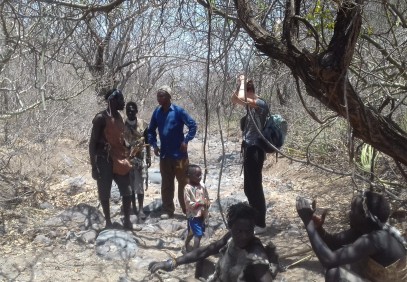 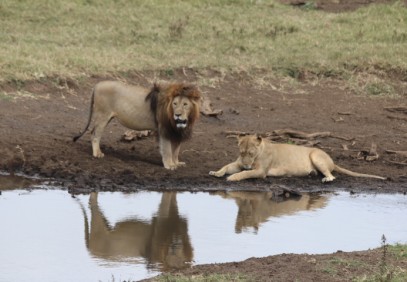 This compact safari is tailored to offer the best Tanzania wildlife experience in two days, visiting... 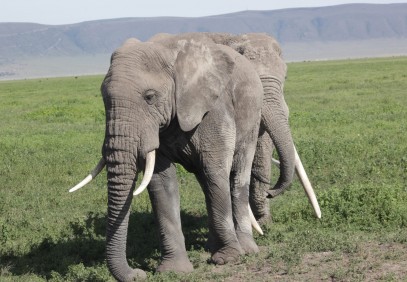 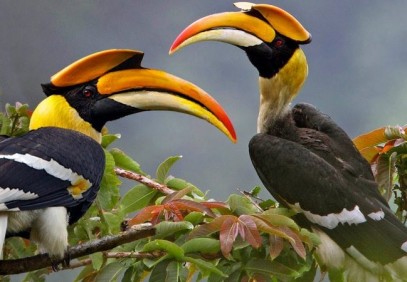 Discover the stunning wildlife and birds of Uganda on this safari in some of the Pearl of Africa's most... 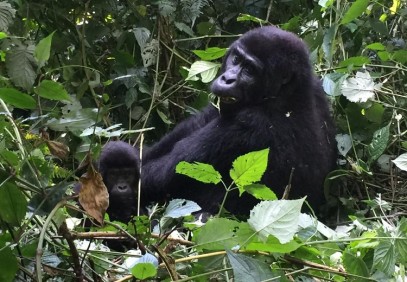 This safari is the perfect opportunity to delve a little deeper into Uganda’s amazing national parks... 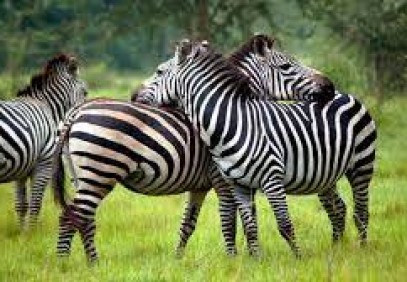 This luxury family safari will bring you up close and personal with the very best Uganda has to offer....