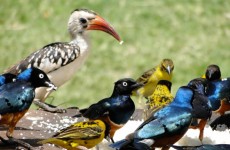 You have chosen a fantastic safari! Please fill in the form below to send an enquiry directly to 'Claudious Tours and Safaris' Let us know how you get on by signing up and leaving a review. 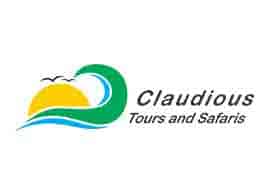 With photography being the main agenda, the locations and destinations of this safari have been selected to give you an opportunity to see some of Kenya’s best mammal and birding parks, filled with nature’s wonders. From soda lakes, grasslands, bush land and savannah to woodland habitats and much more – you will see incredible birdlife as well as other animals and plants. We travel far and wide going through different landscapes and habitats in search of the astonishing 11% of the world’s bird species that call Kenya their home. The focus will be on mainland Kenya as we travel from the capital and back! This safari has the intention of making you fall in love with Kenya – a truly once in a lifetime birding photography experience that will leave your heart in Africa!

For dedicated birdwatchers, a well-planned two-week itinerary is likely to result in a trip list of 350–400 species, a figure that compares favorably with anywhere in the world. Kenya is one of only 15 countries globally where more than 1,000 bird species have been recorded, and it lies third on the African avian diversity list after DR Congo and Tanzania. This list includes the world’s two largest birds (common and Somali ostrich, now regarded as separate species) and its bulkiest flying creature (Kori bustard), along with a wealth of raptors and a dazzling array of colorful bee-eaters, turacos, parrots, rollers and passerines.

Depart Nairobi at 7 am and drive south along the Central Kenya Highlands arriving at Samburu National Reserve in time for lunch. Samburu National Reserve, situated within the Rift Valley, is one of Kenya’s less visited game reserves. It is relatively small in size compared to other Kenyan parks, such as Tsavo, but it has more to offer as well as several endangered species. At 4 pm we head out and enjoy an evening game drive and bird watching. Return to the lodge for dinner.

After breakfast we leave for a half day game drive. Animals commonly seen are elephants, lions, cheetahs, Gravy’s zebras, reticulated giraffes, gerenuks, buffaloes, oryx, gazelles, dik-dik and waterbucks. Return to the lodge for lunch followed by swimming, games and relaxation. At 4 pm leave for an evening game drive until sunset. Notable species recorded include arid endemics such as Donaldson-Smith’s Sparrow-Weaver, Shining Sunbird and the Bristle Crowned Starling, many Vulturine Guinea Fowl, several Hornbill species, Somali Ostrich and rare species such as the Taita Falcon, migratory Kestrels and William’s Lark.

We will spend the whole day exploring this amazing game reserve. There are over 450 species of birds identified and aquatic species in the Waso Nyiro River including vultures, kingfishers, marabous, bateleurs, guinea fowl, Somali ostriches, and others.

Samburu is a bird watcher’s delight all year, although an important consideration is the weather, as heavy showers can mess up your birding plans – November and April receive the most rainfall. Many unusual, dry-country specials reside here and can be spotted year-round while migratory birds arrive between November and April.

Leaving early on this day, drive to Lake Nakuru National Park, with a possible quick stop at a site where Cape Eagle-Owls roost. Arrive in Nakuru around midday where we spend the entire afternoon birding in the park. One of the highlights on our Kenya Birding Tour, Lake Nakuru National Park is famed as a birdwatcher’s paradise and indeed it was the first national park in Africa to be set up with an avian conservation objective.

Up to a million flamingos have been recorded in this park depending on their regional migration. Most of these are Lesser Flamingos with Greater Flamingos making a smaller population. Other birds will be seen including some special species for this area and Palearctic water migrants being abundant in the right season. The park is also a great sanctuary for rhinos as well as the other members of the ‘Big Five’ and these may be encountered as we move around the park. Other mammals will be seen, especially herds of grazing herbivores and Rothschild’s Giraffe.

Today we start with more birding in Nakuru, spending the better part of the morning adding any species we may have missed the previous day. In the later afternoon, we head to Lake Baringo, as we bird along the way. If time allows, we shall stop briefly at a roadside dam near the lake to check for some waterfowl.

On this day, we shall enjoy birding in the Baringo area, driving and walking around the scrubland and the cliffs surrounding the lake, in search of birds in this unique area. A boat ride experience will also help you enjoy the beauty of the lake and see the local African Fish Eagles advertising their territories.

Dinner and overnight at Rondo Retreat Lodge or similar

Kakamega’s main attraction is its birdlife. The forest is a unique environment, not just in Kenya but in Africa. There are a number of relict species found here, including the Angsore’s Greenbul, Blue-headed Beefeater, Chapin’s Flycatcher and Turner’s Eremola. Other notables include the Red-Chested Owlet, Least Honeyguide, Great Blue Turaco, Banded Snake-eagle and Crowned Eagle. Kakamega is a popular destination for birders and is well set up for bird watching safaris.

Dinner and overnight at Rondo Retreat Lodge or similar

Drive across acres of wheat and barley to the Masai Mara. Game Reserve, regarded as the most magnificent natural theatre in the world. Set in the heart of Africa’s Great Plains, the Masai Mara boasts 1,672 square kilometers of unspoiled wilderness. It is home to the highest concentration of animals and birds anywhere on the continent.

Full days in the Masai Mara National Park, where the extensive grasslands are a stronghold to the threatened, migratory Corncrake and the near threatened Jackson’s Widowbird. The bush and woodlands around the reserve also hold some unique bird species while more than 450 bird species have been recorded in the Mara, including 12 species of cisticola and birds of prey. Large numbers of palaerctic migrants winter in the area including Caspian Plovers and White Storks. Other local and unusual birds in the Mara include Rock Cisticola, Rufous Bellied Heron, Denham’s Bustard, Black Coucal, Red Tailed chat, Pale Wren Warbler, Tabora Cisticola, Yellow Bellied Hyliota, Green-capped Eremomela, and Magpie Shrike.

Masai Mara safari all day bird-watching in the Maasai Mara. Along the Mara River we’ll watch for African Finfoot, Schalow’s and Ross’ Turaco, Crested Guineafowl, Woodland Kingfisher, Yellow-billed Barbet, Black-billed Weaver, Violet-backed Starling, and perhaps with luck, Pel’s Fishing Owl. Any tapping noise on the trees may be indicative of the relatively uncommon Woodpeckers (Golden-tailed and Fine-banded). Hopefully, we will be lucky enough to see some of the more difficult to see mammals such as Bat-eared Fox, Hunting Dog, Serval and the delightful Banded Mongoose. Mara sopa Lodge.

After breakfast, we drive or fly back to Nairobi arriving in time for lunch at Toona Tree Restaurant where you can enjoy some good Italian food, Check-in to a day room at Nairobi hotel. Farewell dinner Later early in the evening, will be hosted by our company at the world famous Carnivore Restaurant considered “Africa’s greatest eating experience” (if you love barbecue it doesn’t get better than this), and home to the “Simba Saloon” one of the city’s most popular night clubs. Thereafter you will be transferred to the airport in time for your International departure flight. 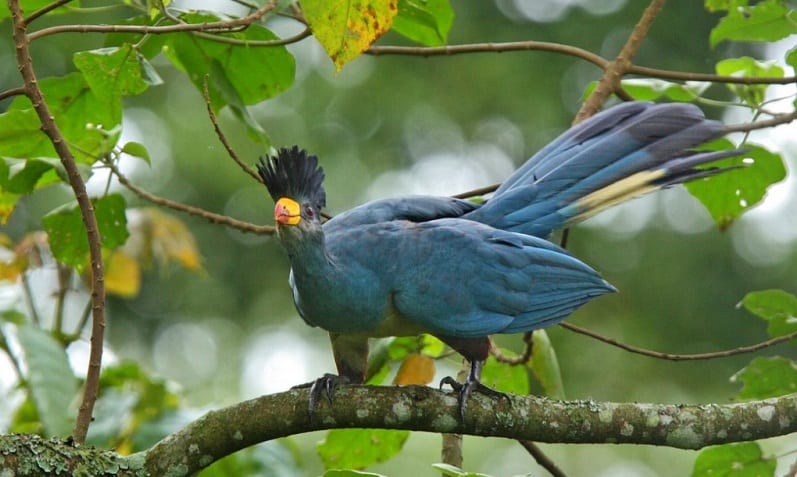 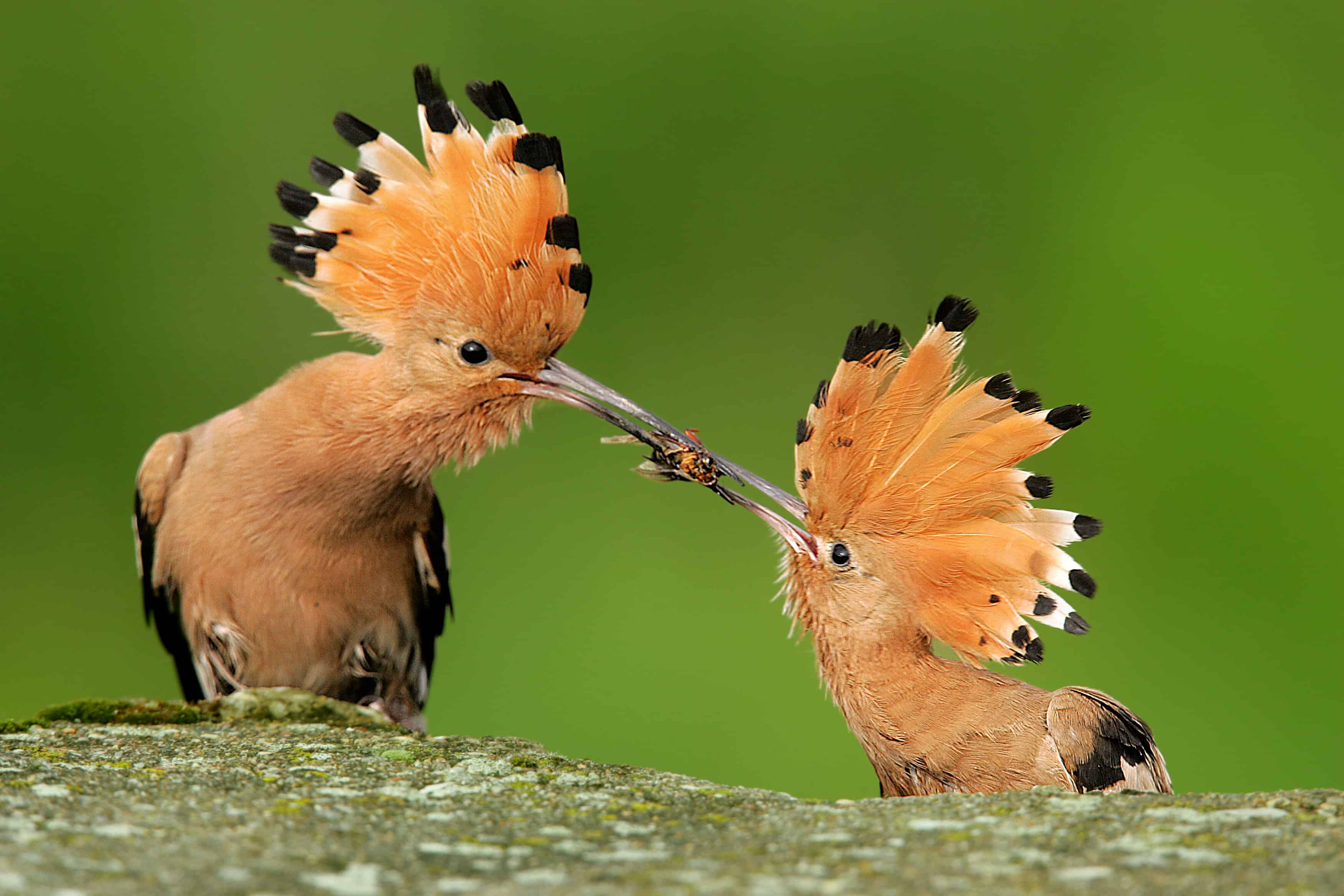 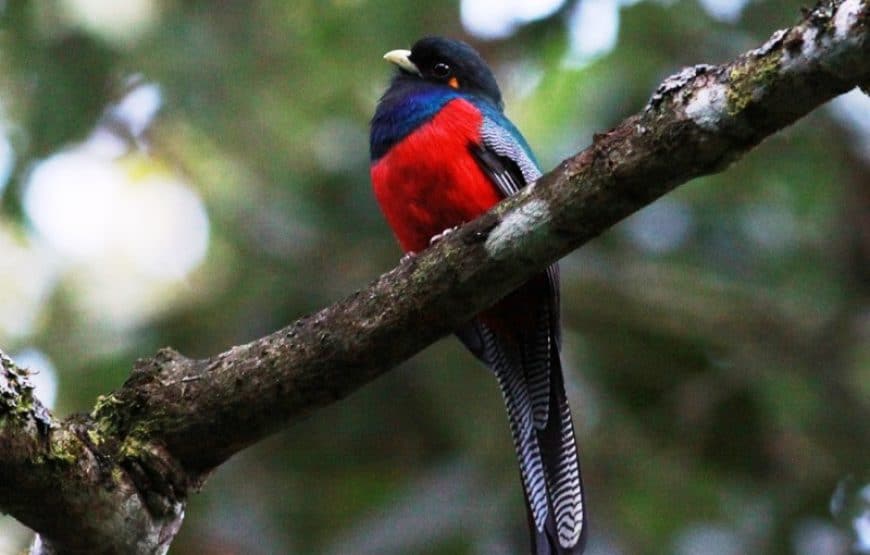 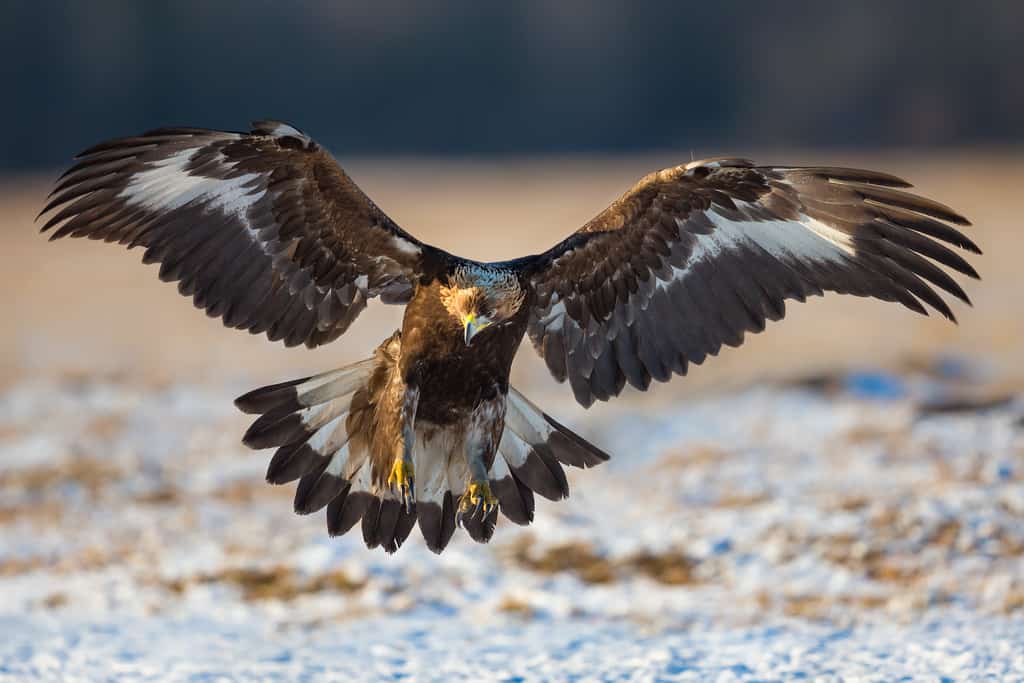 This safari takes you on a memorable chimpanzee and gorilla tracking adventure. Experiences include chimpanzee... 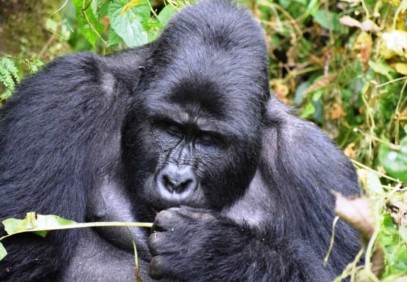 The safari highlights the beautiful national park of Bwindi Impenetrable Forest where you experience... 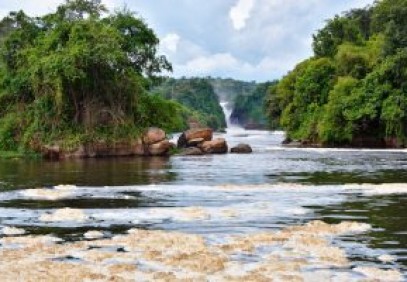 This safari offers a great safari experience in a short time, bringing you closer to Uganda's wildlife... 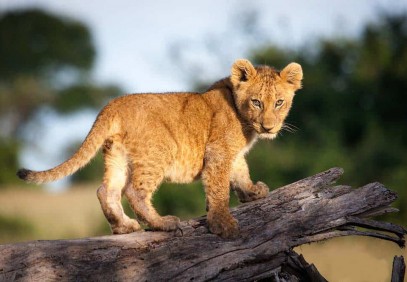 An exceptional camping safari that provides fantastic wildlife sightings, impressive landscapes and a... 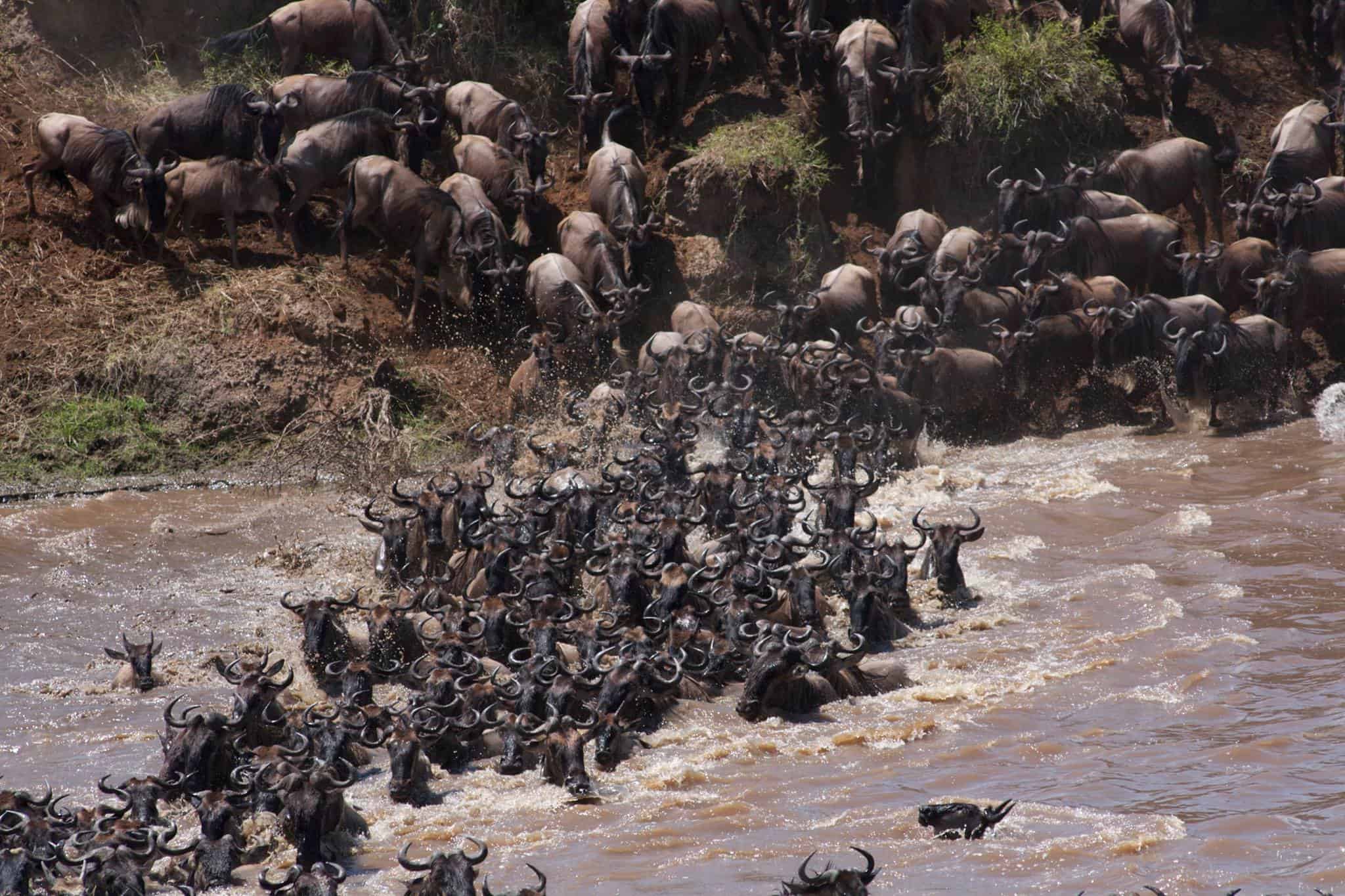 This Tanzania safari is designed to visit the prime wildlife areas of Serengeti National Park, Tarangire... 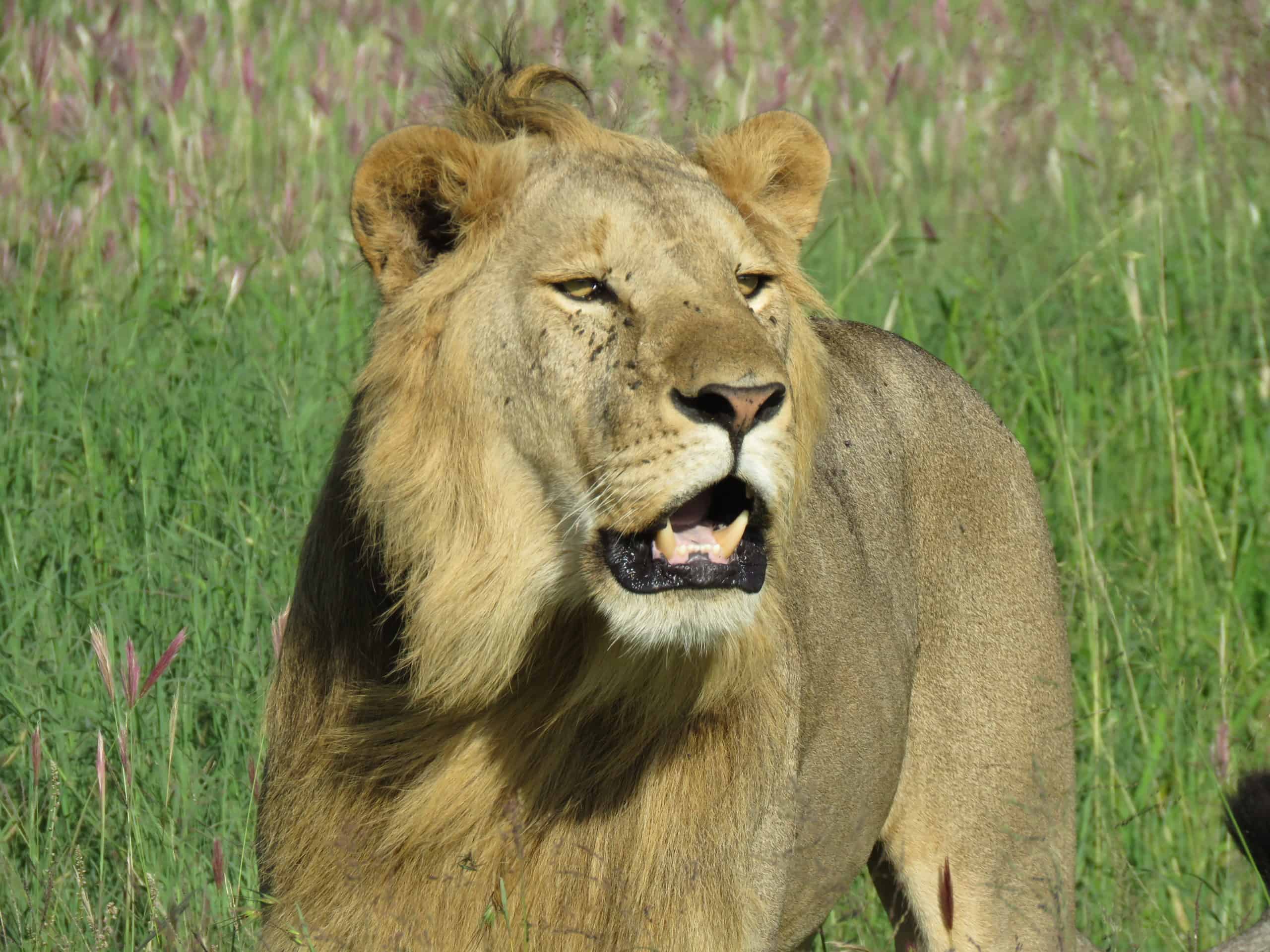 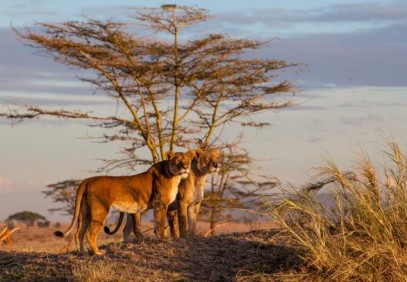 Explore the best of Kenya on this 5-day African wildlife safari that gives you the opportunity to see... 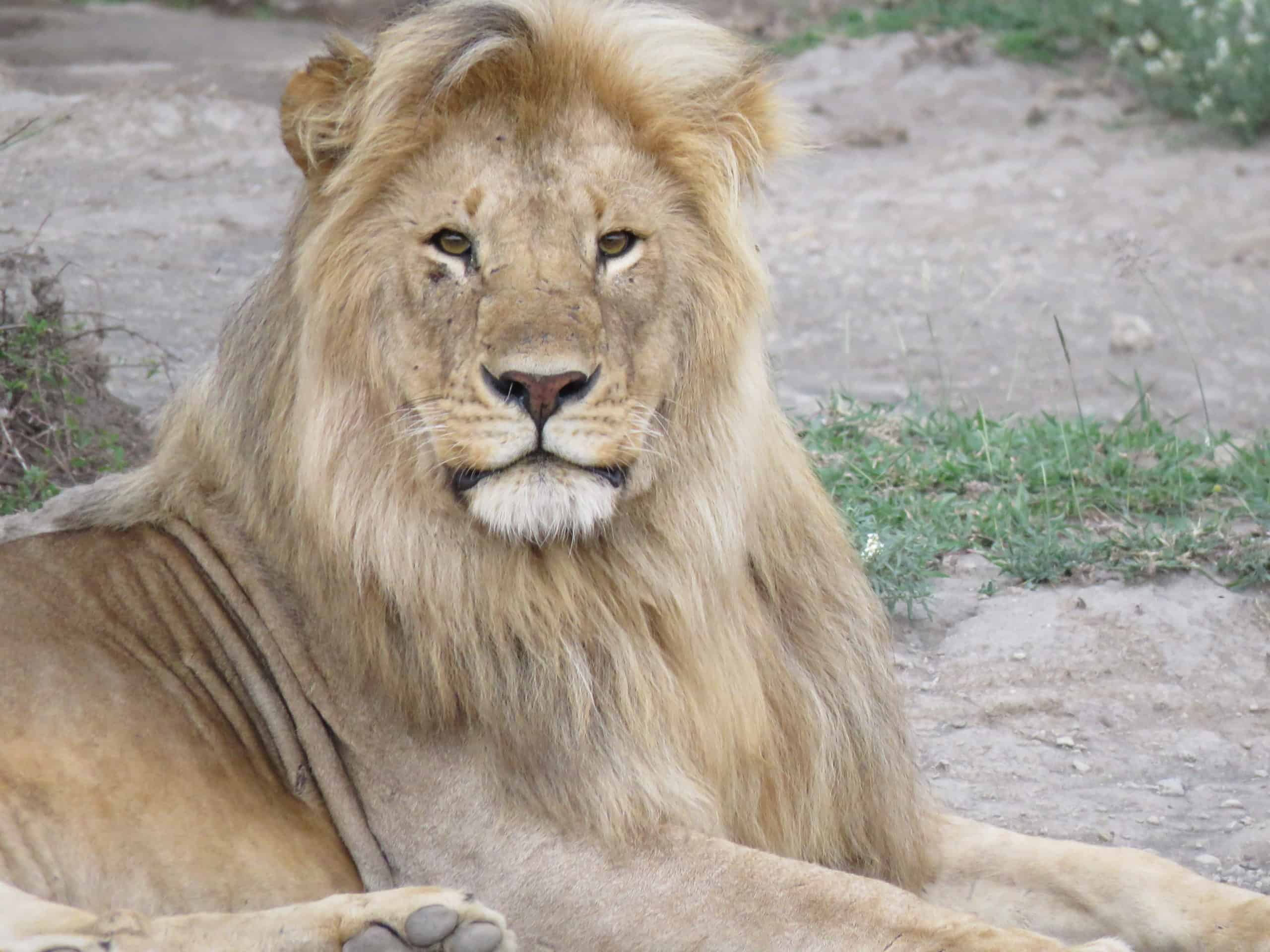 Be enchanted by Tanzania's beauty and wildlife visiting two of its most renowned wildlife areas - beautiful... 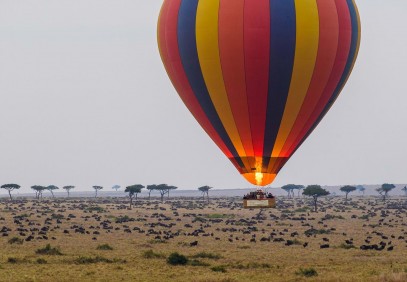 The Best of Kenya 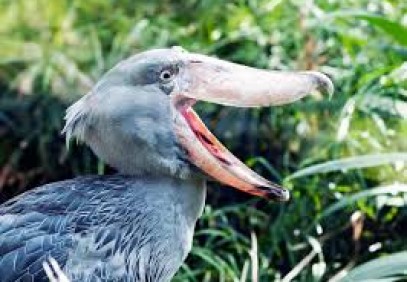 The Pearl of Uganda

Uganda, known as the 'Pearl of Africa' is rich in diverse wildlife and beautiful nature, which you will...