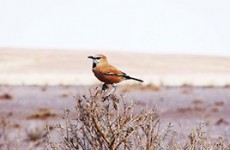 You have chosen a fantastic safari! Please fill in the form below to send an enquiry directly to 'Oaksland Travel' Let us know how you get on by signing up and leaving a review. 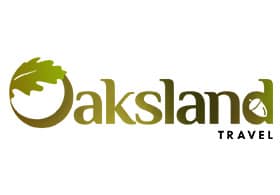 On this fantastic guided tour see some amazing birds in a variety of landscapes. In Bandar Abbas on the Persian Gulf, discover the mangrove forest of Jask and the almond and pistachio woodlands and orchards around Minab. Search for the rare Sind Woodpecker and Afghan Babbler amongst many others. In the rivers around Ahvaz look for Iraq Babbler, Grey Hypocolius, Egyptian Nightjar and Menetries’s Warbler. Spend time traversing the Alburz Mountain Range, Caspian Sea and Touran National Park where highlights might include the little-known Caspian Tit, regal Caspian Snowcock and sought-after Black-headed Penduline Tit.

Day 1
Tehran to Minab via flight to Bandar Abba

Transfer from IKA international airport to Tehran. Our Iran birding tour officially starts today in Tehran with a domestic flight from Tehran to Bandar Abbas. Bandar Abbas is one of Iran’s major cities in the south, situated on the shores of the Persian Gulf. From here we head a short distance to the small town of Minab, where we will check in to our hotel. This afternoon we shall have our first chance for birding in the Minab region.

Day 2
Day trip along the Mekran coast of Persian Baluchista

Today, we will explore southwards of Minab along the Mekran (or Makran) coast of Persian Baluchistan. The area is dominated by palm gardens and local orchards, which create ideal habitat for some fantastic woodland birding. Our main target this morning will be the Sind Woodpecker and we will focus our efforts on this rare species. Spotted Owlets are active when the day is still young, the opposite being the case for the Oriental Honey Buzzard (a winter visitor to the groves in the coastal plain) as they start moving around on thermals as the temperature rises. The Purple Sunbird is refreshingly common alongside Indian Roller, Lesser Whitethroat, Eastern Olivaceous Warbler, Isabelline Wheatear, Red-wattled Lapwing and Yellow-throated Sparrow. In the drier habitats and wadis (dry ravine or watercourse) we may find Graceful Prinia, common Green Bee-eater, White-eared Bulbul, Red-tailed and Bay-backed Shrike, Pallid Swift, Pale Crag Martin, Eastern Orphean Warbler, Indian Silverbill, the scarce Afghan Babbler and Variable Wheatear.

After a picnic lunch and some rest in the shade, we will have a short drive to reach the nearby mangrove forests for some more exciting birding. The area is one of the best and most pristine environments of its kind in the Persian Gulf. It provides excellent habitat for Indian Pond Heron, massive Dalmatian Pelican and Great Stone-curlew. With luck we may encounter Crab-plover with some having remained after the migration season. After a long day, we make our way back to our accommodation in Minab.

After some final birding in the Minab region, we will drive to Bandar Abbas for an overnight stay. We should have time to check out the numerous shorebirds and terns around Bandar Abbas.

This morning we will visit Kuh-e-Genu north of Bandar Abbas. The spectacular winding road up the mountain takes us through a variety of vegetation zones until we end up in scattered junipers. Special birds we will be looking for here include See-see Partridge, Pale Crag Martin, Desert Lark, Long-billed Pipit, the restricted-range Hume’s Wheatear, Variable Wheatear, Streaked Scrub Warbler (now considered a monotypic bird family in its own right), Upcher’s and Eastern Orphean Warblers, Eastern Rock Nuthatch and Striolated Bunting.

Later in the day we will catch a flight to Ahvaz in the province of Khuzestan, situated on the shores of the Karun River, nearby the once vast Mesopotamian marshes.

For the next two days of our Iran birding tour, we explore the areas north of Ahvaz. Two major rivers, the Dez and Karkhe, meander through this land and it is in the habitat created by these rivers that we go in search of the range-restricted Iraq Babbler, the monotypic Grey Hypocolius, the range-restricted capellanus sub-species of Hooded Crow (Mesopotamian Crow), Egyptian Nightjar and Menetries’s Warbler. Another major target here is the sought-after and little known Basra Reed Warbler. We have good chances of encountering more Red-wattled Lapwing alongside colourful Blue-cheeked Bee-eater, White-throated and Pied Kingfisher, European Turtle Dove and the impressive Collared Pratincole. We even stand a slight chance of locating Pied Bush Chat and Namaqua Dove.

There are many small wetlands along the rivers, as well as some large lagoons, and here we may find Pygmy Cormorant, Western Cattle Egrets, Black-crowned Night Heron, Squacco and Purple Herons, the threatened Marbled Duck, Grey-headed Swamphen (split from Western or Purple), Collared Pratincole, White-tailed Lapwing, an assortment of migrant waders including Wood and Marsh Sandpipers, Pied Kingfisher, Sand Martin (or Bank Swallow), Zitting Cisticola and both Clamorous and European Reed Warblers. If time permits, as we explore this area we will stop briefly to admire the Ziggurat of Chogha Zanbil, a very impressive step pyramid of great antiquity that dates back to the 13th century BC and the Elamite dynasty.

Day 7
Ahvaz to Kelardasht via flight to Tehra

This morning we catch a flight to Tehran. After our arrival we will drive to the picturesque city of Kelardasht, located on the northern slopes of the Alburz Mountain. We reach this area by driving through scenic mountainous roads which connect the barren slopes of southern Alburz to the lush broad-leafed forests of the northern side and the coastal areas of the Caspian Sea. En route we should encounter some of the common birds of northern Iran, such as Common Kestrel, Common Swift, Hooded Crow, Rook and European Bee-eater. Finally we head to Kelardasht, our home for the following two nights of our Iran birding tour. We will arrive in time for some initial exploration this afternoon.

During our time in the Kelardasht area we will visit some beautiful areas of forest. At first, we go in search of the little-known Caspian Tit, exploring the northern faces of Alburz Mountains surrounding Kelardasht. Areas where oak and hawthorn trees are scattered along slopes above 2,000 meters is the ideal habitat for this species and we shall search diligently for our quarry. Steep and bumpy roads mean that 4×4 vehicles are essential to reach these areas and give us the best chances of locating this tiny gem. We may also bump into Eurasian Wryneck, European Green Woodpecker, Great, Eurasian Blue, Coal, Long-tailed and Sombre Tit, Ortolan Bunting and Lesser Whitethroat. Whilst in this area we go on another target mission, this time to find Caspian Snowcock. This regal bird resides at very high altitudes on the northern faces of the Alburz and Zagros Mountains, between 3,500 and 4,000 meters. Another early morning is required to get up the mountain in our capable vehicles in order to put ourselves in prime position. Searching for Caspian Snowcock could also produce Black Redstart, Red-fronted Serin, Red-tailed, Northern and Finsch’s Wheatear, Radde’s Accentor and Rufous-tailed Rock Thrush.

Day 9
Drive along the Caspian Coastline to Sari

We leave the Alburz Mountains this morning and make our way to the eastern coastal regions of the Caspian Sea. Along the way we will visit an area of lowland forest where we can see the smart Red-breasted Flycatcher as well as Long-tailed Tit and Eurasian Nuthatch. Near the coastal city of Babolsar, we visit a few ponds adjacent to rice paddies. This is a good area to find the sought-after Black-headed Penduline Tit that weave their nests in the local willow trees in spring. After searching for this special species we head to Sari where we will check in to our accommodation.

Today we will drive to Bastam near Shahrud. En route we will spend some time exploring the drier slopes of the eastern Elburz in search of such specialities as the lovely White-throated Robin (also known as Irania), the diminutive Plain Leaf Warbler (a bird little bigger than a Goldcrest). As we continue onto the northern rim of the Central Plateau, the landscape becomes increasingly arid. Other likely new birds today include Lesser Kestrel and Isabelline Wheatear.

This morning we will look for Bimaculated Lark and other new species in the Bastam area which are likely to include Long-legged Buzzard and Greater Short-toed Lark. Afterwards we will head eastwards to Iran’s largest reserve, Touran National Park, located at the northeastern edge of the great Dasht-e-Kavir desert. We will have two days to explore this wonderful area. The park is home to vast tracts of steppes, semi-arid deserts and arid mountains. The Artmesia and Zygophyllum steppes situated in the north of park are the prime stronghold of the attractive and highly sought after endemic Pleske’s Ground Jay.

Our primary target will be this highly localised species, as well as the localised Red-tailed (Persian) Wheatear. Other species we should come across include Asian Desert Warbler, Black-bellied and Crowned Sandgrouse, Desert, Bar-tailed and Crested Lark, Pale Crag Martin, Trumpeter and Desert Finch, Steppe Grey Shrike, Macqueen’s Bustard, Streaked Scrub Warbler, Desert Wheatear, personata sub-species of White Wagtail, See-see Partridge, Eastern Rock Nuthatch and even chances for Cream-coloured Courser and Hooded Wheatear. A special mammal we will keep an eye out for in this area is the rare Asiatic Wild Ass or Onager. We stay in guesthouse accommodation in Touran during our time here.

After some final birding in Touran we will go back to the westward along the northern edge of the Dasht-e-Kavir to Tehran, where the tour ends this evening. 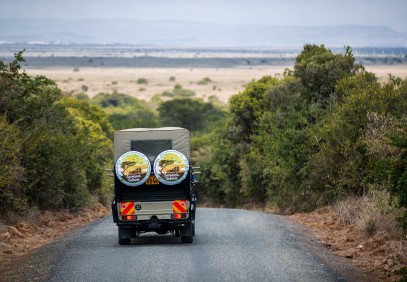 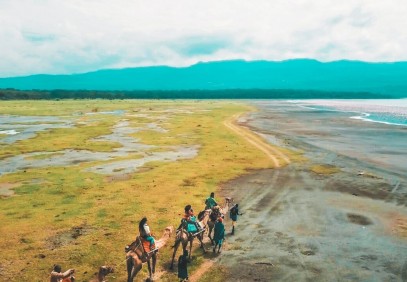 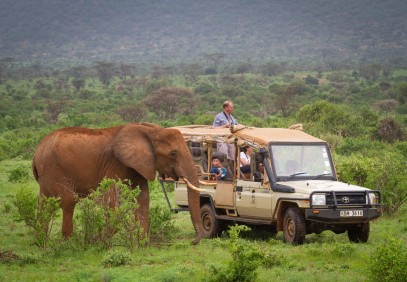 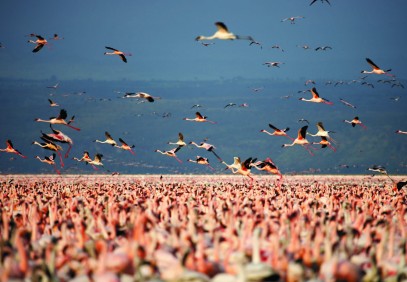 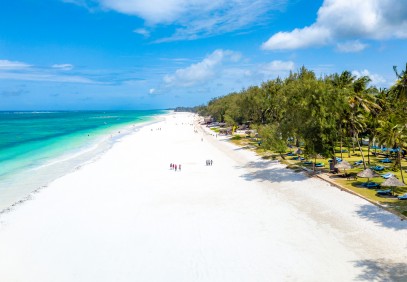 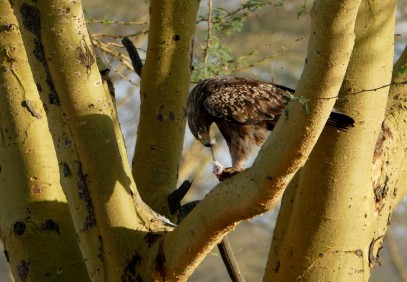 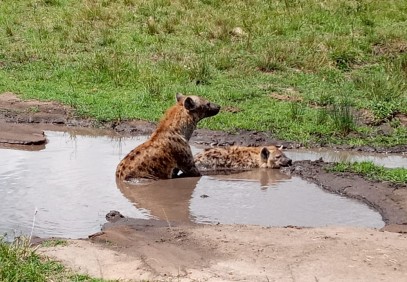 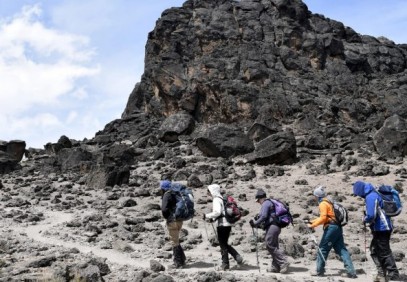 The Machame route, also referred to as the whiskey route, is one of the most popular routes on Kilimanjaro... 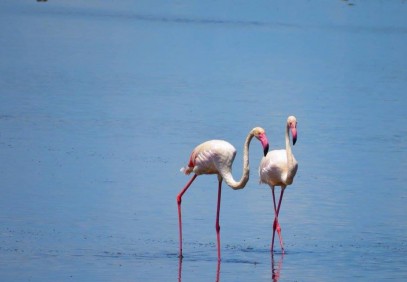 Stay in 3-star lodges on this safari as you explore Lake Manyara National Park, renowned for its tree... 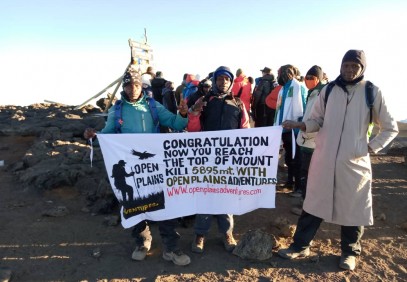 Mount Kilimanjaro, with its three volcanic cones, Kibo, Mawenzi and Shira, is a dormant volcano in Tanzania....