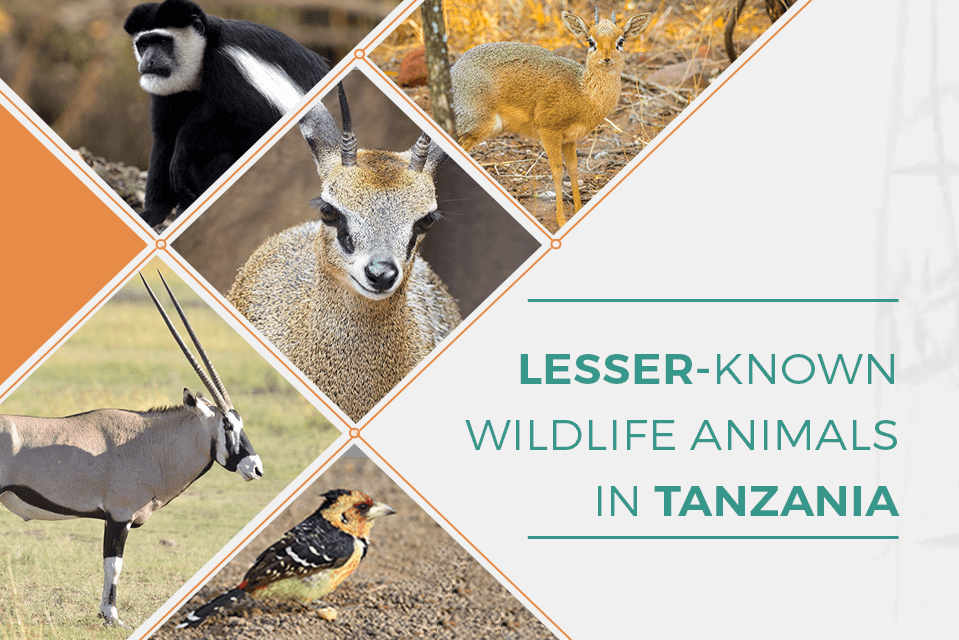 Tanzania is known for many things including its diverse habitats, flora and fauna, which often play a key role in planning a safari here. However, many visitors focus on the usual Tanzania safari animals, which may lead them to miss out on the lesser-known safari animals in Tanzania.

Below we have shared some of Tanzania’s lesser-known animals that aren’t as easy to see as the big five or predators on the prowl, but are just as essential to the survival of Tanzania’s eco-system. The list includes antelope species, birds and primates. So, do remember to keep your eyes open for these more unusual animals next time you visit Tanzania for a safari tour.

A rare and endangered species, Abbott’s duiker used to be widespread throughout Tanzania, but is now found only in the Mount Kilimanjaro region, Southern Highlands and the Eastern Arc Mountains. Endemic to Tanzania, it is a small, nocturnal antelope species with a diet primarily including vegetation, leaves, fruit, moss and flowers. However, Abbott’s duiker isn’t entirely herbivore as sometimes they feed on live prey such as frogs. 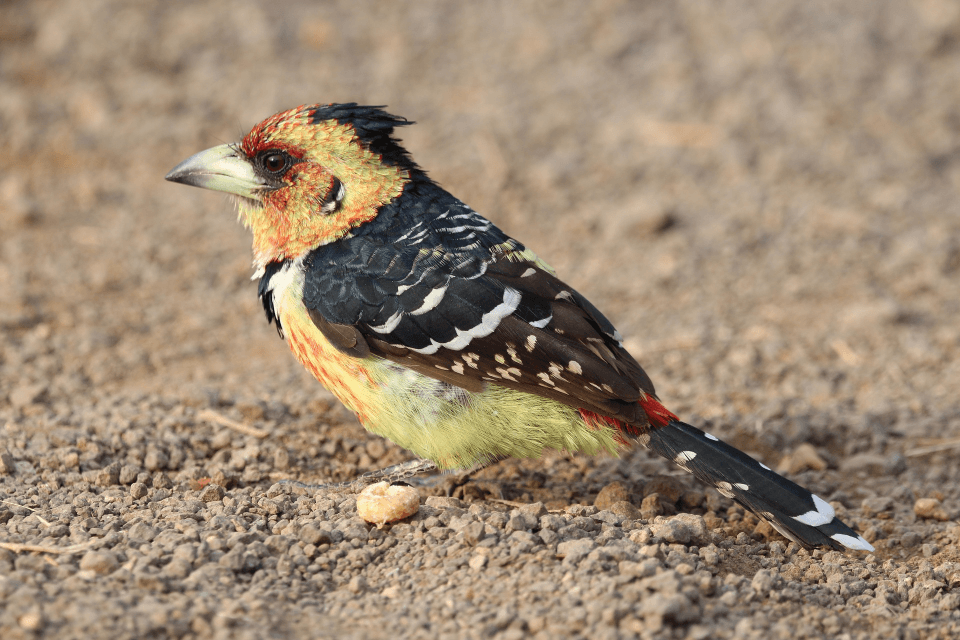 One of nature’s finest birds, with a yellow belly covered with red specks and black and white wings, the crested barbet gets its name from its unmistakable colourful plumage. Another identifying feature is its thick bill, speckled red and yellow face and black crest. Its habitat is essentially holes in trees while these magnificent bird species are quite territorial and chase away any birds, even other barbets, from their territory. They are commonly seen in Selous Game Reserve and Ruaha National Park.

Another small antelope species, dik-dik can be seen all over Tanzania, especially in bushland habitats. The name dik-dik comes from the sound the females make when they feel threatened, acting as an alarm for other dik-diks or animals about the presence of predators. The dik-dik’s dusty coloured coat ensures that they stay hidden by blending in with their surroundings. Their diet comprises berries, shoots, foliage and fruits while they rarely feed on grass or require large amounts of water. Dik-diks could be considered a somewhat monogamous species, with only the male dik-dik trying to mate if an opportunity presents itself. While they are hard to spot, with proper guidance you might be able to see them in Serengeti National Park or Lake Manyara National Park. 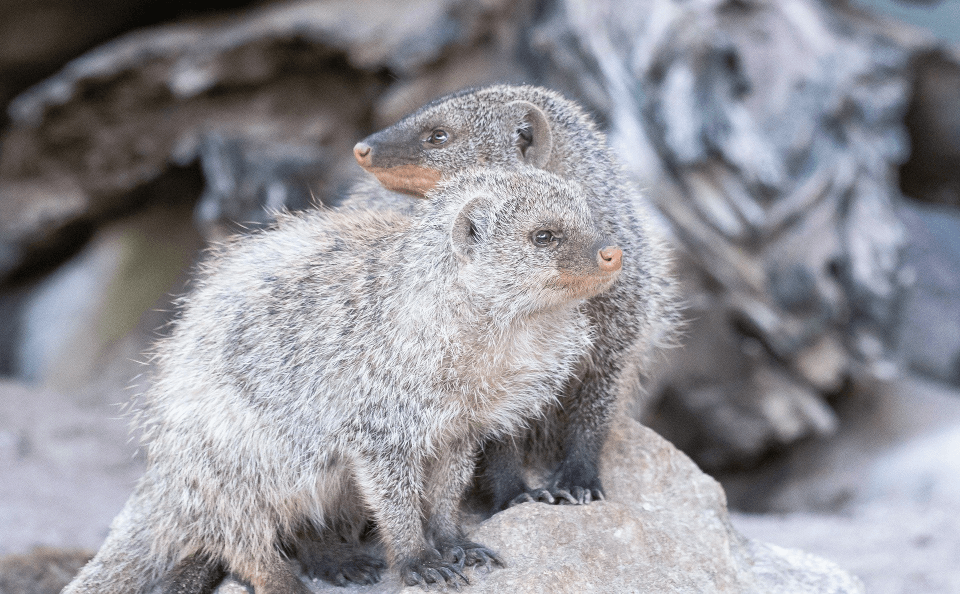 With a diet consisting of millipedes and beetles, this mongoose species prefers to live in grasslands, forests or savanna habitats where they can find food quickly. Unlike other mongoose species, the banded mongoose prefers to live in colonies. The name ‘banded’ comes from the black-to-dark brown bars on its back while their strong and long claws help them dig into the soil for food. Look out for them in Serengeti National Park and Lake Manyara National Park. 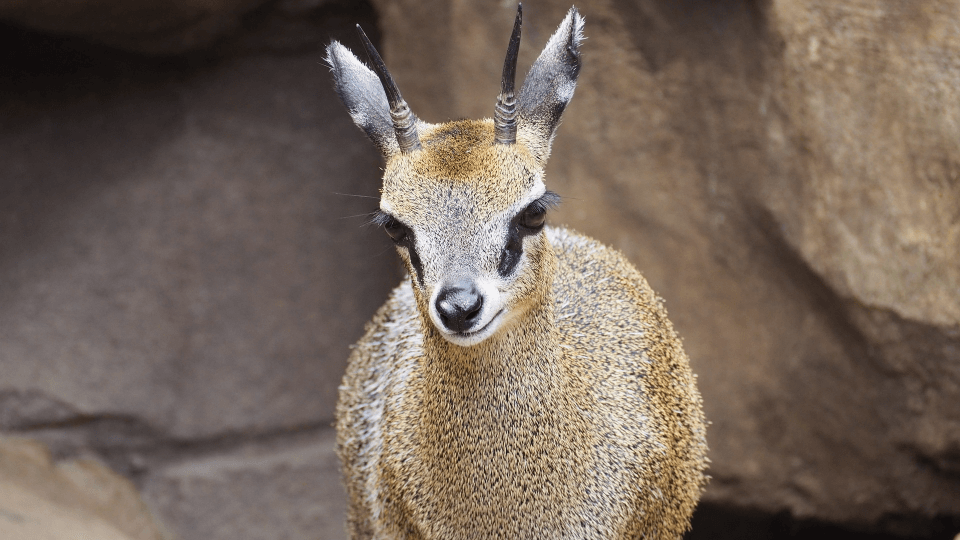 Tanzania is home to quite a few lesser-known antelope species including the klipspringer, which is found in Lake Manyara National Park. Its beautiful coat with colours ranging from yellowish-grey to reddish-brown helps them to blend into the rocky habitat they prefer to live in. The klipspringer diet consists of flowers, fruits and saplings although they have a strong preference for plants such as vellozia. Similar to dik-diks, the klipspringer relies on its succulent plant diet for water intake. 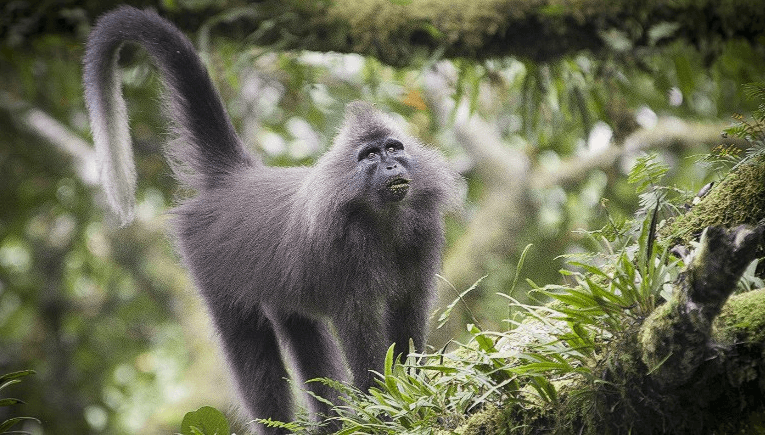 Kipunji, also known as highland mangabey, is found in the highland forests of Tanzania. It belongs to a species of primates known as the old-world monkey. They have light brown fur with white markings on the tail and abdomen. Classified as an endangered species, its decline is due to numerous factors including hunting, predation and habitat destruction. You can see Kipunji in the Udzungwa Mountains National Park in Tanzania. 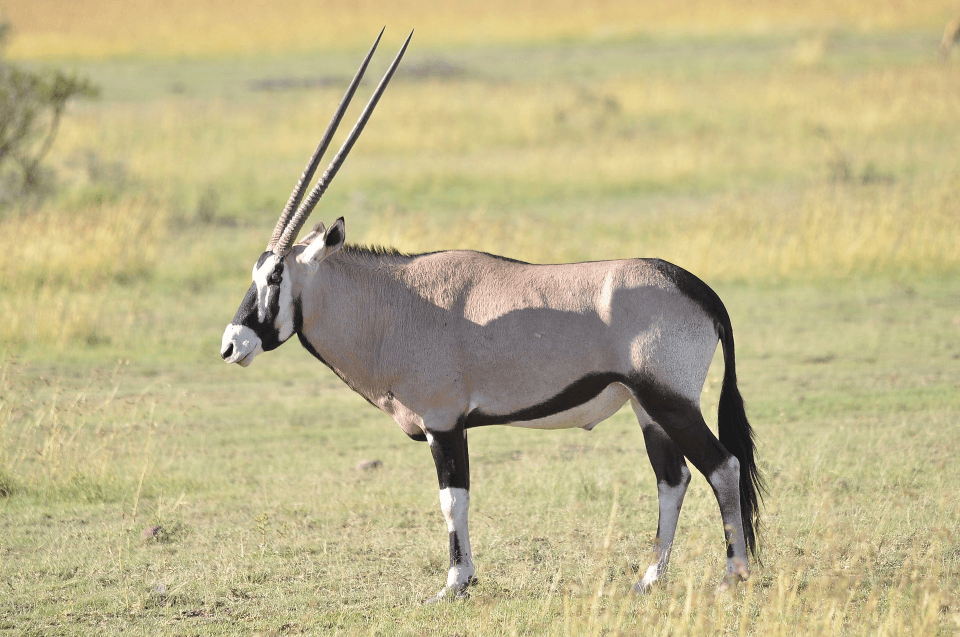 One of the lesser-known antelope species is the oryx. A large powerful antelope with long straight horns and pale fur which contrasts with dark markings on their legs and face. Oryx prefer near-desert habitats and can go without water for long periods. Head to Tarangire and Serengeti National Parks to spot them. 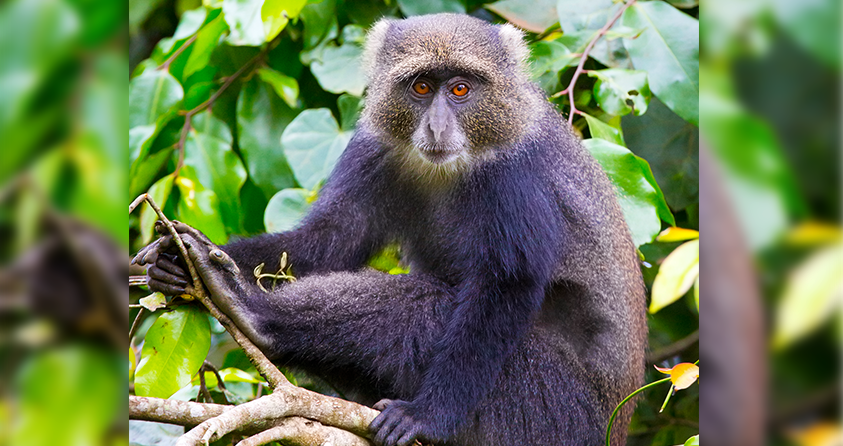 The blue monkey, also known as a diademed monkey, is another species of old-world monkey. They prefer shady areas in the lush evergreen forest, require a lot of water for drinking and their diet includes leaves and fruits. Blue monkeys can be seen on the slopes of Mt Meru in Arusha National Park and in the forest at the start of some of the trekking routes on Mt Kilimanjaro. 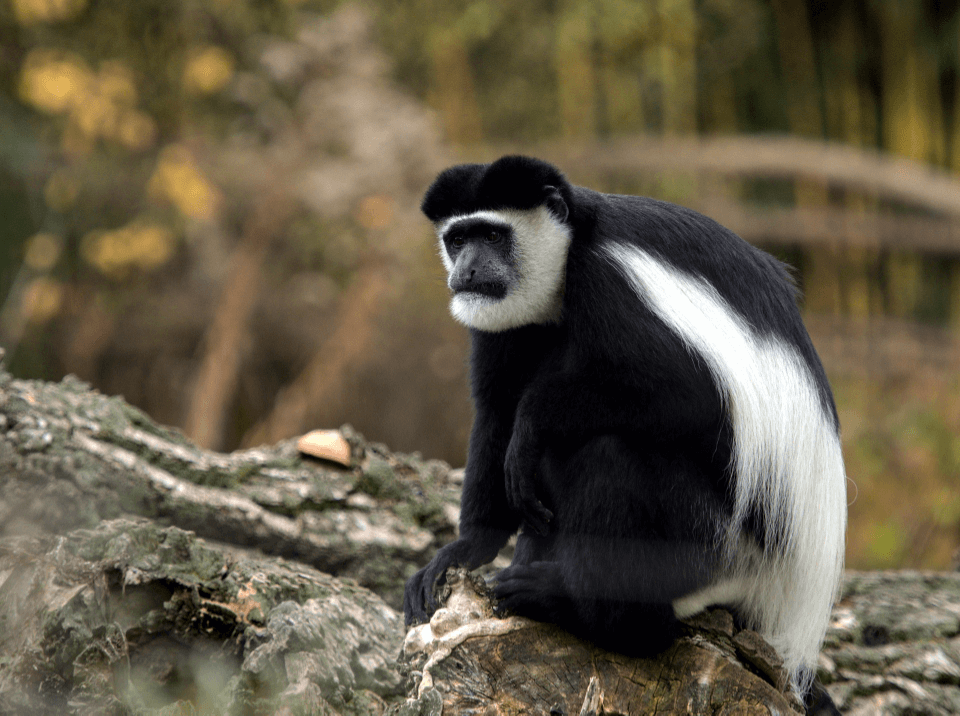 Generally found in the high-density forest, black and white colobus monkeys are striking with their beautiful long tails while Udzungwa red colobus monkeys are endangered and quite rare. They are mainly herbivores feeding on flowers, fruits and leaves while both species are threatened by habitat loss. Black and white colobus can be found in the forest of Mount Kilimanjaro while the Udzungwa red colobus monkey is endemic to Tanzania’s Udzungwa Mountains and can be seen in the new Magombera Nature Reserve.

These are a few of the Tanzania’s lesser-known wildlife animals. Of course, there are many other animal species in Tanzania, check them out here.